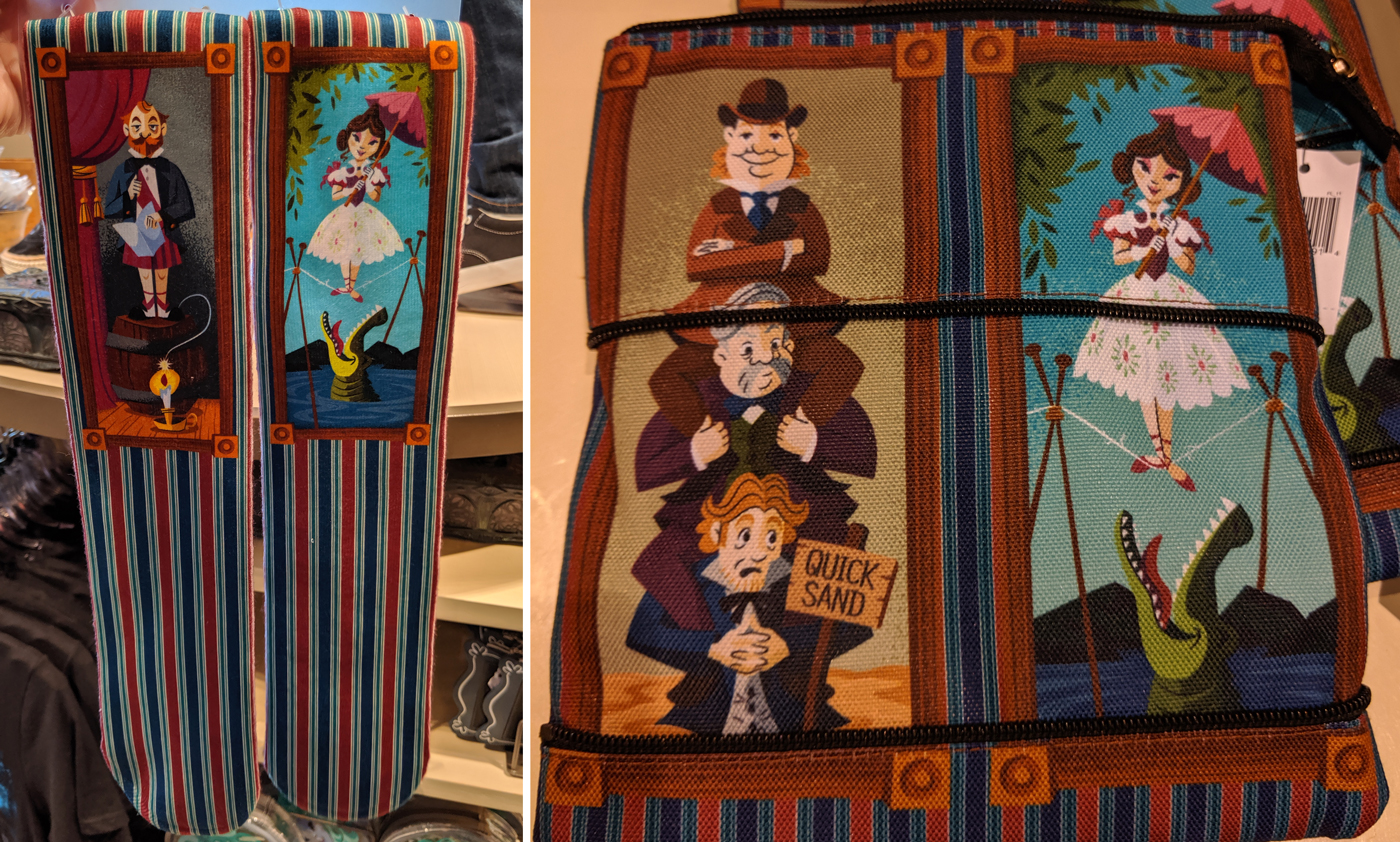 In 1969, the Haunted Mansion opened at Disneyland and now, fifty years later, they've pulled out all the stops to make us pull out our wallet. From special light-up Grim Grinning Ghosts Mouse ears to two insane artist-made guitars (and everything in between), there are plenty of opportunities to drop some cash at the Resort right now. On my recent trip there, I tried to capture every single Haunted Mansion-related product and store display I could find (I won't share them all here but, if you're curious, I've posted some in Flickr.)

Today I want to share with you a couple of items that really caught my eye. The first being these long striped socks featuring the stretching room portraits. So good!

My one complaint with them is that they are printed using dye sublimation which means they are polyester, and polyester makes for stinky socks. Because of that, I didn't buy them even though I really wanted to. Luckily, I soon found a way to itch my "stretching room portrait merch" scratch. In a Main Street, U.S.A. store, I found this small double-sided pouch ($19.99) which unzippers to not only show the entirety of the portraits but to make the bag bigger too. How clever! And, as you can see, it has the same art as the socks.

I did buy one of those, and my sweetie had to have this door knocker.

Hey, while you're here, watch this fun video about the history of the Haunted Mansion. I found it when I was researching this post:

Earlier this spring, more than 20 members of Orquesta Experimental de Instrumentos Nativos pan flute orchestra left their homes in Bolivia and embarked on a European tour. They arrived in Germany on March 10, right as that country’s government imposed a ban on large gatherings to fight the spread of coronavirus. Within days, their bus […]