Heavy duty disposable nitrile gloves for working on my car, bus or bike 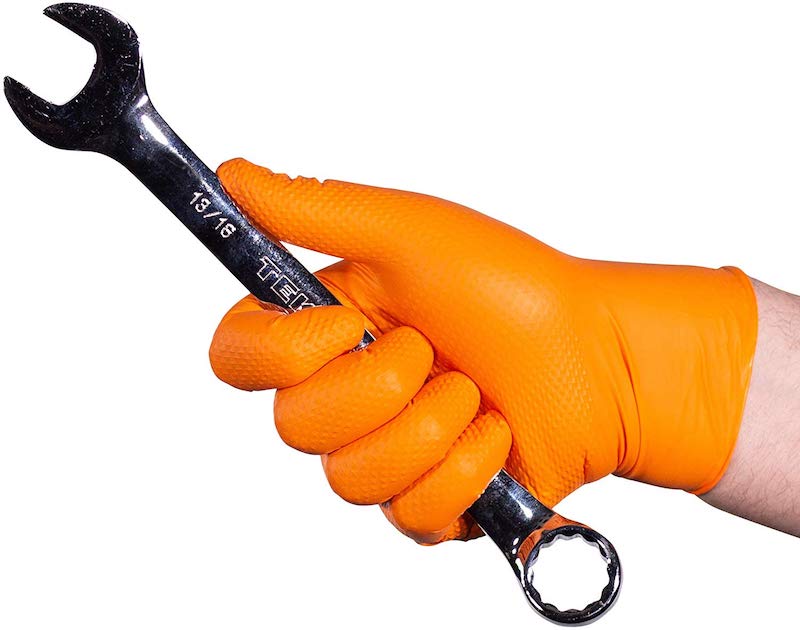 These heavy duty nitrile gloves keep my hands clean when an automotive emergency pops up.

Frequently my 43-year-old motorcycle and 32-year-old VW bus hiccup. Usually, they do it when I am wearing something I do not want covered in grease, and am far away from home. Luckily both vehicles have nearly full sets of tools in them, and I can usually get to work wherever need finds me.

Keeping my hands clean, however, not likely until I started keeping a handful of nitrile gloves in each.

I tried keeping a pair of shop gloves in the car, but they got lost quick. With these nitrile gloves, I can refill either vehicle when I run out.

These gloves are also easier to work with while wearing. Bulky gloves are no fun.

They do tear but less frequently than the thin medical exam gloves I tried before.