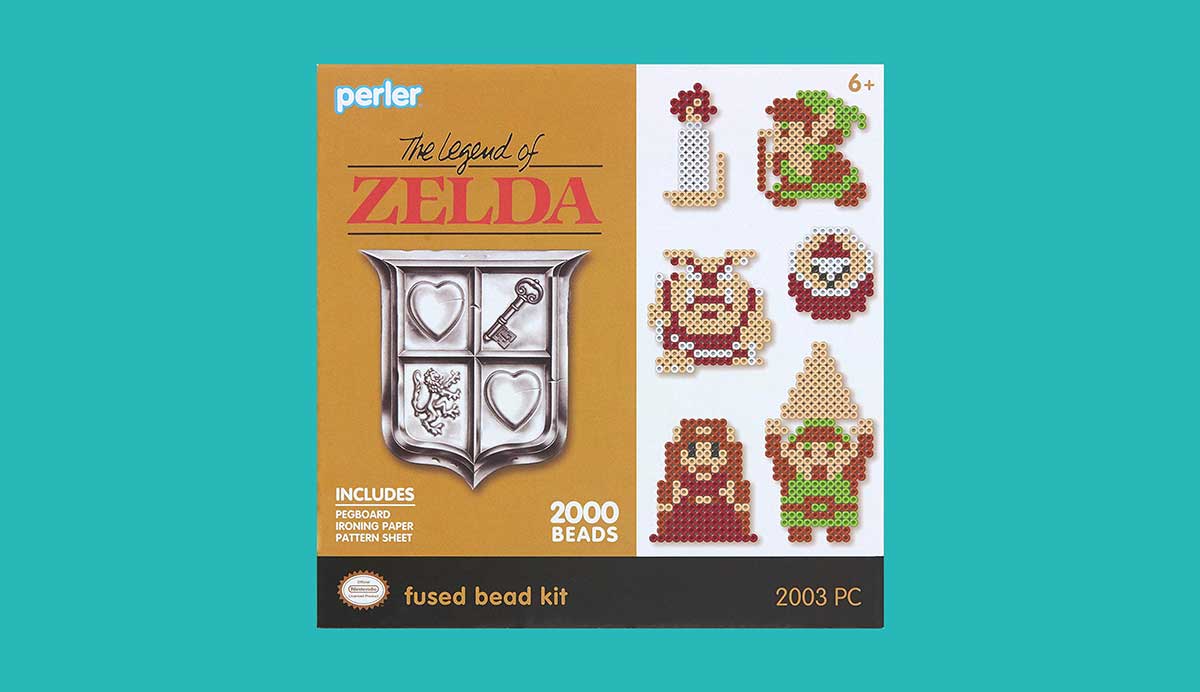 What's more fun than playing The Legend of Zelda? Not making Perler bead art of the characters and icons in the game, that's for sure. But Perler beading is enjoyable, in a non-creative way (unless you are using it to make art without a pattern, which makes it enjoyable and creative) . If you aren't familiar with Perler beads, they are small colored plastic beads. Each bead is like a pixel. You place the beads on a pegboard according to a pattern sheet, then fuse the beads together by running a hot iron over them. The Legend of Zelda Perler Bead Kit has 2000 beads, a pegboard, a pattern sheet with 12 designs, an ironing paper. You supply the iron.

Tim from Grand Illusions (which sells cool cabinet-of-curiosity style stuff) demonstrates the Assassin’s Teapot: This teapot comes from China, and it is a trick teapot! Inside there are two separate compartments, and depending where you place your fingers – either covering one hole or covering another hole – you can get the teapot to pour […]