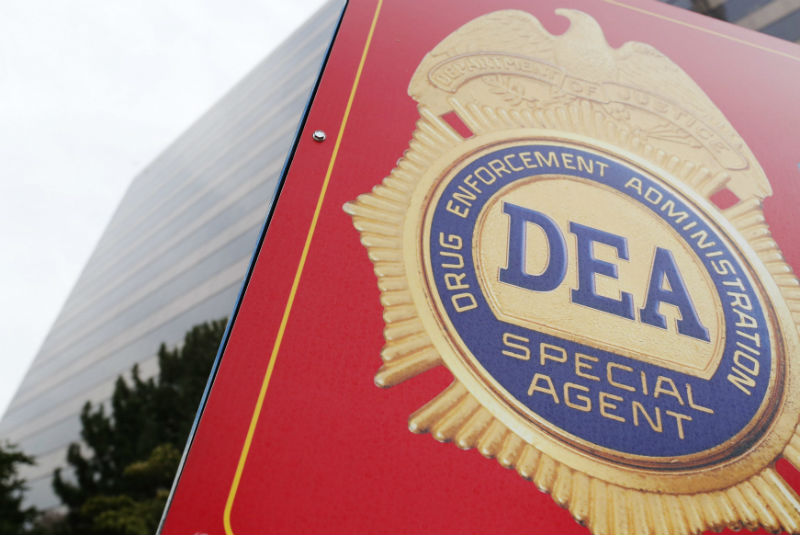 A sign with a DEA badge marks the entrance to the U.S. Drug Enforcement Administration (DEA) Museum in Arlington. (Jonathan Ernst/REUTERS, 2015)

A family who were visiting South Carolina’s Fripp Island called authorities Sunday night when, during a peaceful stroll along the Atlantic ocean shore, they found a package containing 20 kilos of cocaine.

They carried the package up to their vacation home, then rendered it to the Beaufort County Sheriff's Office.

Beaufort County Sheriff’s Maj. Bob Bromage told media outlets the family, who is not named for obvious reasons, was walking along the beach when they saw something dark bobbing on the surface of the waves offshore.

They dragged the package out and took it to their vacation home in a golf cart before slicing it open and realizing it was filled with white powder, Bromage said.

Deputies who responded to the home recovered about $600,000 worth of the narcotics, a figure Bromage described as a “conservative estimate.”

Whether the matter ends up going to DEA or beyond, to an international enforcement agency -- depends on what is learned about the origin of the cocaine.

No word on how it got to the South Carolina beach, but similar events have happened -- drugs washing up on beaches -- after big storms, as recently as a bundle of cocaine on Florida's Cocoa Beach in September, after Hurricane Dorian.

More at the AP.