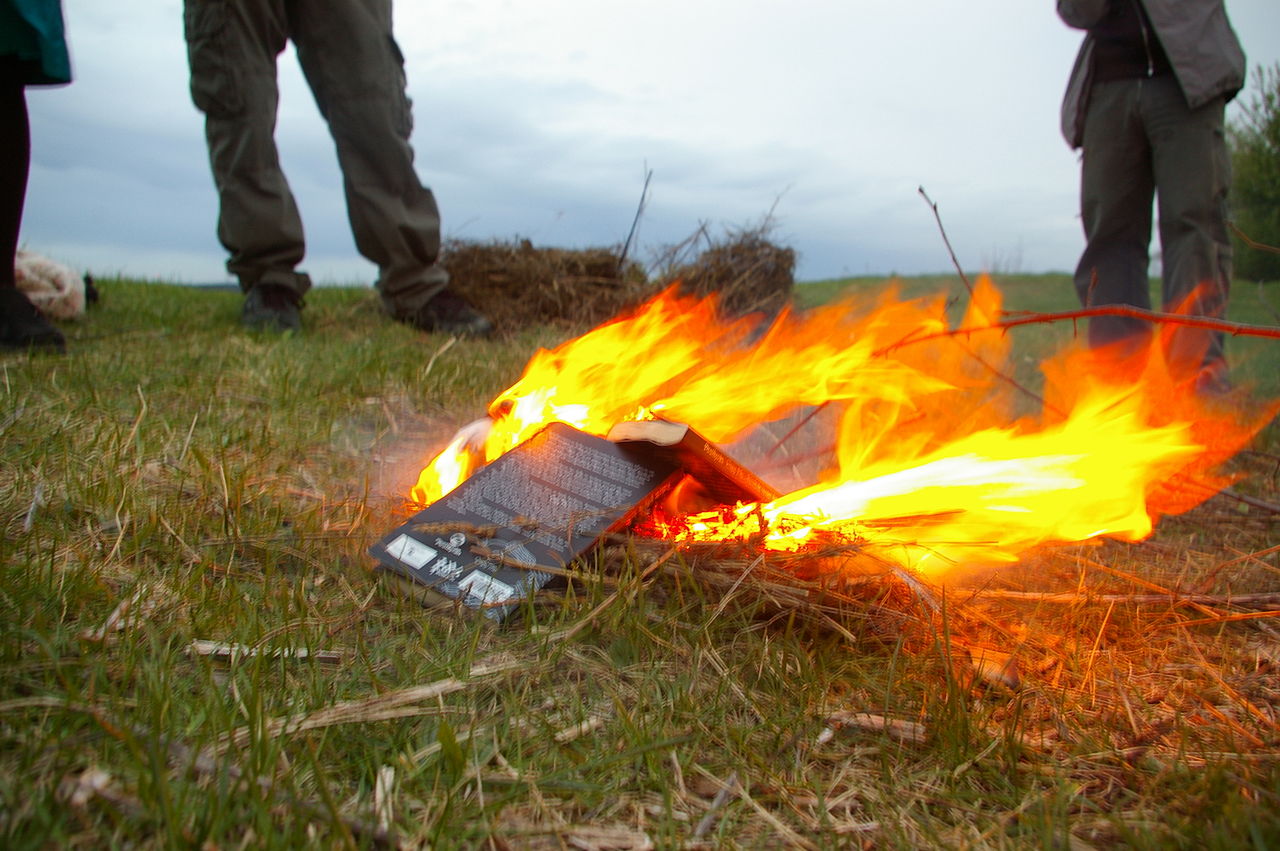 College kids do dumb stuff sometimes. That's fine; it's part of learning. And it's easy to get carried away. People tend to pay more attention to the manufactured "free speech crisis" when it involves liberal students railing against Milo Yiannopoulos and his literal Nazi propaganda. But these things happen at Christian and Conservative schools, too (and often without the same dark money deliberately financing the provocation, at least as far as I'm aware). While I'd argue that there's a difference between de-platforming and straight-up censorship, neither one is necessarily unique to a particular political perspective.

As a general rule, though, burning books is not a good look on anyone.