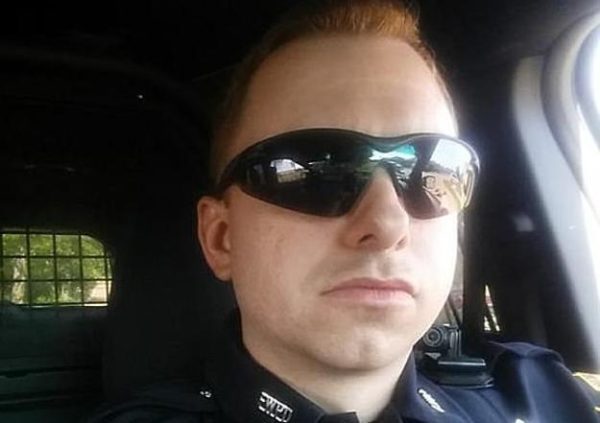 Former Ft. Worth, TX police officer Aaron Dean was charged with murder on Monday, Oct. 14, 2019 in the shooting death of Atatiana Jefferson, who was Black, and in her own home playing video games with her nephew when fatally shot this past weekend. [Facebook]

“This man murdered someone,” the victim's brother, Adarius Carr, said at a news conference. “He should be arrested.”

Aaron Dean, the former Fort Worth Texas police officer who fatally shot Atatiana Jefferson this weekend while she was playing a video game with her nephew, resigned hours before he was going to be fired.

Dean was charged with murder on Monday and booked into jail without bond, per Tarrant County jail records.

Aaron Y. Dean, the officer, had resigned earlier on Monday, hours before the police chief had planned to fire him amid the community’s growing anger and frustration after the death of the woman, Atatiana Jefferson.

The interim Fort Worth police chief, Ed Kraus, had said in an afternoon news conference that the department was conducting a criminal investigation into the officer’s actions. He said he had reached out to the F.B.I. about the possibility of starting a civil rights investigation.

“I get it,” Chief Kraus said of the widespread public outrage that followed the release of body camera video showing that Ms. Jefferson had been given no warning that it was a police officer who had crept into her backyard, shined a light into her bedroom window and shouted, “Put your hands up! Show me your hands!” immediately before firing a single fatal shot.

Fort Worth Police Shooting: Officer Is Charged With Murder for Killing Woman in Her Home [nytimes.com]

From our Rob Beschizza's earlier post on Atatiana Jefferson's death by police officer: