Check out this killer Yoshitomo Nara graffiti in NYC bar 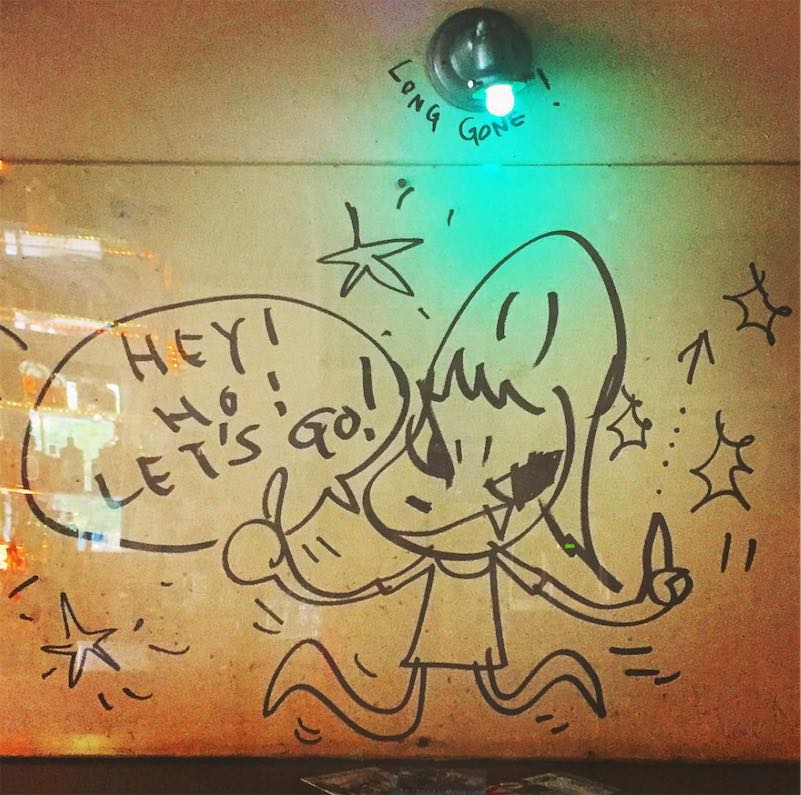 In 2009, Japanese artist Yoshitomo Nara was hanging out with his business manager Tim Blum in the Manhattan bar Niagrara. Nara pulled out a marker and drew some of his fantastic figures on the walls. (Later that night, he did the same thing at a subway station and was promptly arrested.) Last week, one of Nara's paintings sold in a Sotheby's auction for $24.9 million, driving up the value of his other work including this graffiti. According to Blum though, Nara doesn't want anyone to pull out the bar walls and sell his graffiti. Fortunately, the bar owners seem to agree. For now anyway. From CNN:

"The (drawings at the bar are) quite in keeping with his style," said David Schrader, head of private sales at Sotheby's. "My guess is it's probably worth hundreds of thousands. For sure, when an artist gets a record-selling price, it elevates them in the market. My gut is there are definitely people who would want to own this or the multiple pieces individually..."

The Niagara's management declined to comment, but a bartender told CNN that the artwork "has been a part of the bar for a long time and will stay that way." The drawings are safeguarded by a thin layer of plastic that was installed by the bar's ownership.

#DailyJapanArt via #NYPost:
Yoshitomo Nara’s Decade-Old Doodles At East Village Dive Bar Niagara Could Be Worth Millions.
Value Skyrocketed After His Painting “Knife Behind Back” Sold For $25 million @ Sotheby’s Hong Kong On Sunday#奈良美智 #YoshitomoNarahttps://t.co/P8AEGWSMjP pic.twitter.com/sqOEBtAuPr