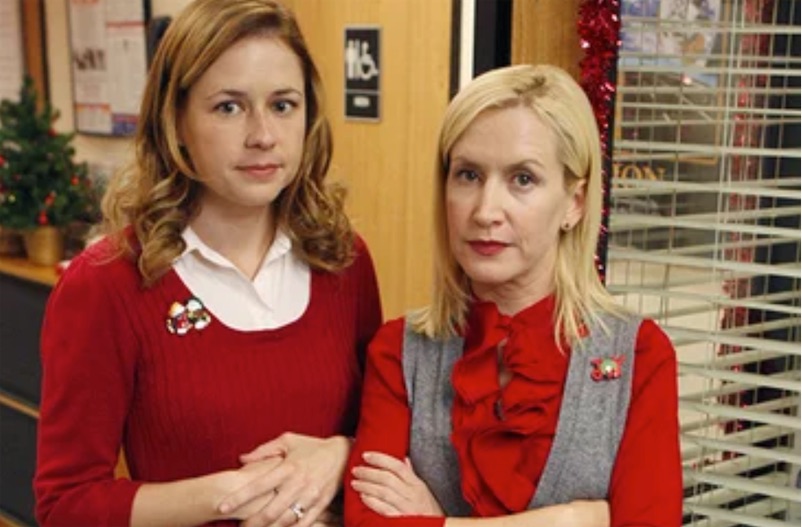 Jenna Fischer and Angela Kinsey, aka The Office's Pam and Angela, are launching a new podcast together about The Office. Listen to the trailer below. Titled “Office Ladies,” the podcast will feature the two actresses, who are real life best pals, rewatching every episode of the TV series and bantering about it. It premiers tomorrow! From an interview in the New York Times:

So where did the idea for the podcast come from?

KINSEY I was going through my garage, and I have all of these Rubbermaid bins full of photos and memorabilia. Jenna jokes that I’m a hoarder because I save everything. I would save a little note that Oscar passed me, a drawing that Jenna drew or a prop. I have Michael Scott’s business card.

FISCHER You have Dwight and Angela’s wedding invitation.

KINSEY So I was going through it all and Jenna came over and was looking through it with me, and it made us really nostalgic. We started reminiscing, and the 15-year anniversary is coming up so we thought this is a great opportunity for us to rewatch it and talk about our memories, our behind-the-scenes moments and share it with the fans.