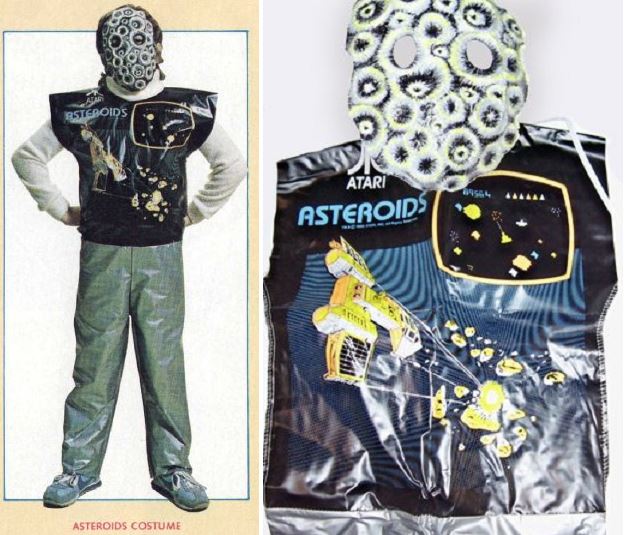 Costumes in the early 80's were little more than decorated plastic bags. And before Disney's IP came to dominate Halloween shops, costume makers had to come up with creative ways to let kids embody concepts like an Asteroid or Rubik's Cube. The resulting costumes may have lacked padded muscles, but made up for it with surprisingly disturbing masks:

Someone made the call that it was worth spending resources to make a costume based on the cyclops from Krull:

You can find more costumes from the 70's and 80's here and here.