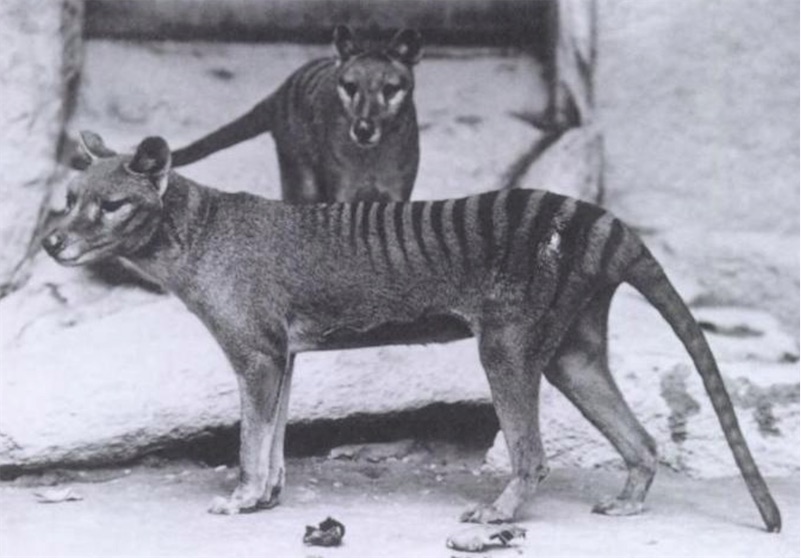 In 1936, the Tasmanian tiger (Thylacinus cynocephalus) was declared to be extinct. Yet in the last three years, there have been eight reported sightings according to Tasmania's Department of Primary Industries, Parks, Water and Environment. I hope it's true. From CNN:

While stories abound that some continue to live in the remote wilds of Tasmania, an island state off Australia's south coast, there has been no hard evidence to support this -- only claims of sightings, like the ones newly released.

One report last February said that two people, visiting Tasmania from Australia, were driving when an animal with a stiff tail and striped back walked onto the road.

The animal "turned and looked at the vehicle a couple of times" and "was in clear view for 12-15 seconds," the report read. Both people in the car "are 100% certain that the animal they saw was a thylacine."

Another report filed the same month described a striped "cat-like creature" moving through the mist in the distance.