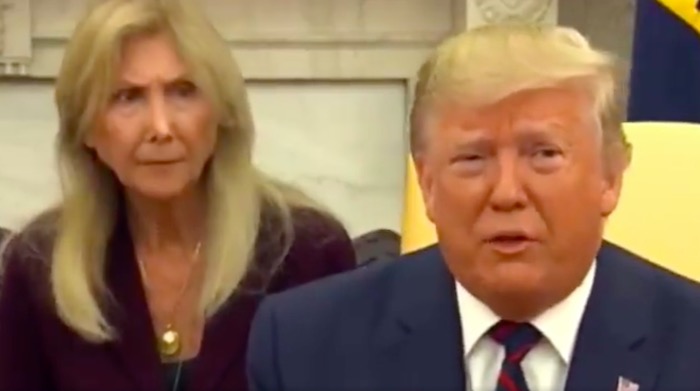 Having to listen to Trump's gibberish is one thing – you kind of learn to tune it out. But having to translate his nonsense into another language takes a skillset of great finesse. Take a look at this translator's bewildered expressions yesterday as she tried to put his mad drivel into coherent sentences during a talk between Trump and Italian President Sergio Mattarella.

This woman’s reaction to Trump’s sand comment is all of us pic.twitter.com/XGpHKiHW2X

The look of the White House Italian translator as Trump says President Mozzarella for the Italian President and says U.S. and Italy have been allies since Ancient Rome. pic.twitter.com/4c4kTl1wl3

This is one of my personal favorite bits of Schadenfreude in the world. This photo was taken by Karen Reshkin at the 2016 Milwaukee Irish Fest, and depicts a somewhat Irish-inspired riff on the standard Blue Lives Matter fascist fashion chic. Except no one explained to this idiot cop how translations work, especially when it […]

Ankle scarves are only trending online, not on the streets

Nope, ankle scarves are not the latest thing to come out of Italy or Germany or wherever. I was skeptical when I came across this Country Living article that declared them a “trend,” as the image is clearly Photoshopped. So, I started digging. First I went to its source, an Italian website called Lercio. Then […]