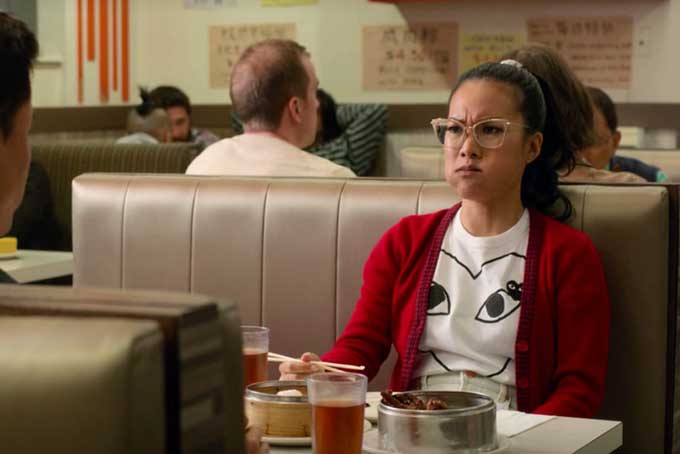 Researchers at Melbourne, Australia’s RMIT University devised these bizarre “third arm” chest-mounted”robots to experiment with what they call “playful eating.” For science. Video below. From RMIT University’s Exertion Games Lab: In this experience, all three arms (the person’s own two arms and the “third” arm, the robotic arm) are used for feeding oneself and the […]

In 1957, Danish architect Arne Jacobson designed a exquisite set of minimalist cutlery that Stanley Kubrick personally selected as the flatware aboard the Discovery One in “2001: A Space Odyssey” (1968). Now you can buy it on Amazon.com for $100/set. This is the future, baby! From the New York Times: Jacobsen designed (the cutlery) at […]

You have probably seen sushi restaurants where plates of different kinds of sushi move past you on a conveyor belt. These kinds of places are called kaitenzushi. Here’s one where you order sushi on a touch screen and the sushi arrives on a little rail system, stopping right in front of you. I want to […]