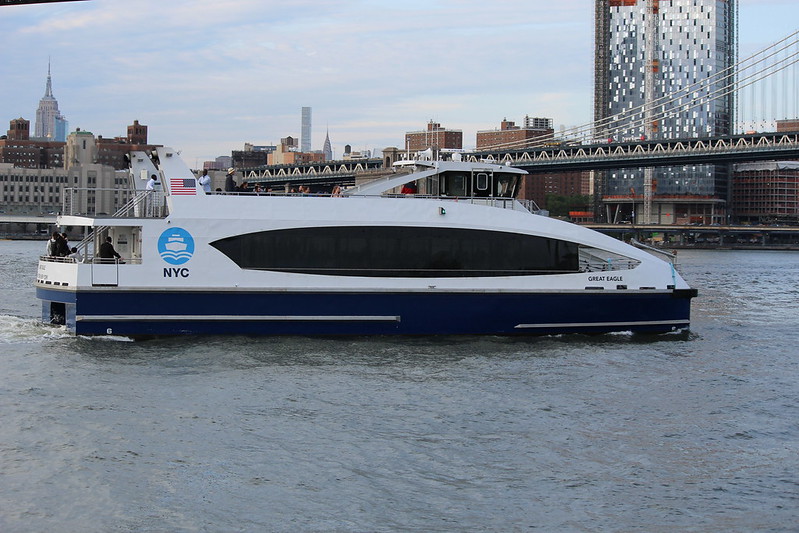 Three Muslim families were unlawfully forbidden to board an NYC ferry, according to a complaint filed by the Council on American-Islamic Relations (CAIR). The women in the families were wearing traditional Muslim garbs -- "hijabs, religious headcover, and long dresses covering their legs and arms for religious purposes." The families were about to board but were stopped by an NYC Ferry employee who told them they would not be allowed on the ferry do to a security issue. They were escorted to a security officer, who said he didn't know why they had been prevented from boarding the ferry. When they returned to the boarding area, a ferry employee told them they had been denied boarding because their children had been observed standing on seats, a claim that another ferry employee contradicted.

NYC Ferry offered to reimburse the families for their fares, calling the incident a "misunderstanding." CAIR said it is seeking payment of compensatory damages for "humiliation, embarrassment, and severe emotional distress" and punitive damages.

New York City's Economic Development Corporation, which runs NYC Ferry, told NBC News that it was aware of the complaint and is investigating the incident.

Everyone deserves equal and fair service free of discrimination, especially when using public transportation like the NYC Ferry. These families were humiliated and traumatized in public view because they happen to be Muslim.https://t.co/iE2CT0yN3b pic.twitter.com/mp0jg1MizY