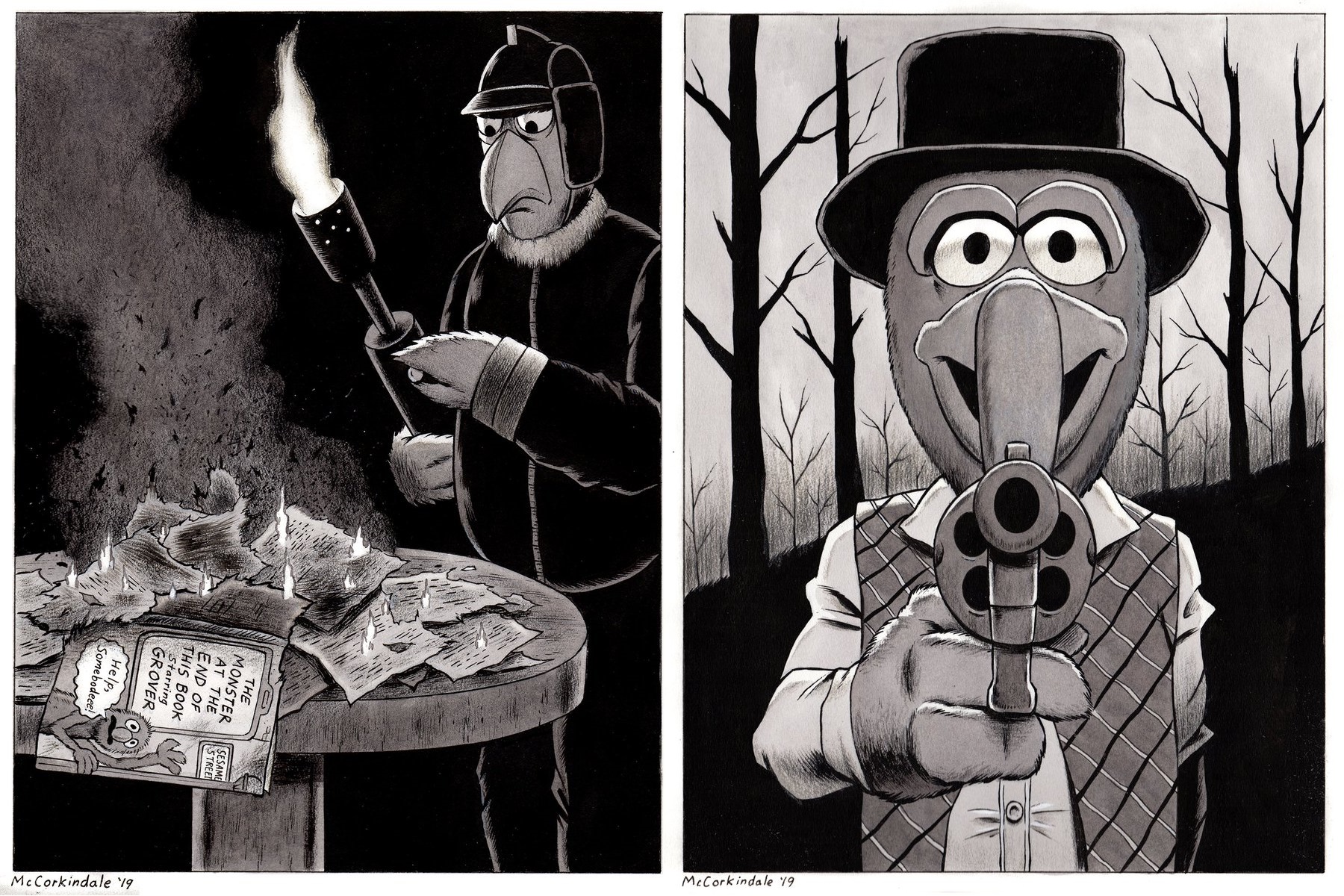 Bruce McCorkindale has been churning out some deliciously demented art for Inktober, recasting arthouse films with Muppets. Who knew the Muppets and David Lynch went together like peanut butter and jelly?

You can see the rest of his output, and buy your favorite here.