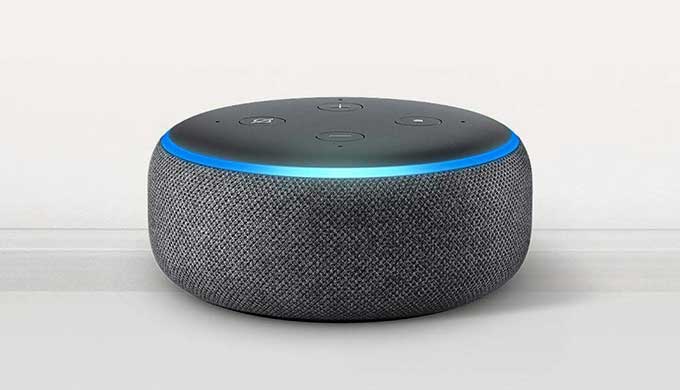 I have two Echo Dots, and I talk to them many times a day - to play news, podcasts, and audiobooks, get weather reports, control our security system and wifi power switches, set timers and alarms, and learn if old celebrities are still alive. If you're concerned about your privacy, don't get one of these and keep your phone in the refrigerator when you aren't using it. If you are as reckless as I am, now's your chance to get an Echo Dot for just [amazon_link asins='B07XJ7VL3T' template='PriceLink' store='boingboing' marketplace='US' link_id='16dc32fd-61a3-42e7-83b5-850890b599f2']. This includes a one-month auto-renew subscription to Amazon Music Unlimited (which you can cancel before it auto-renews).