Halloween: Corgi in a spider costume at a pumpkin patch 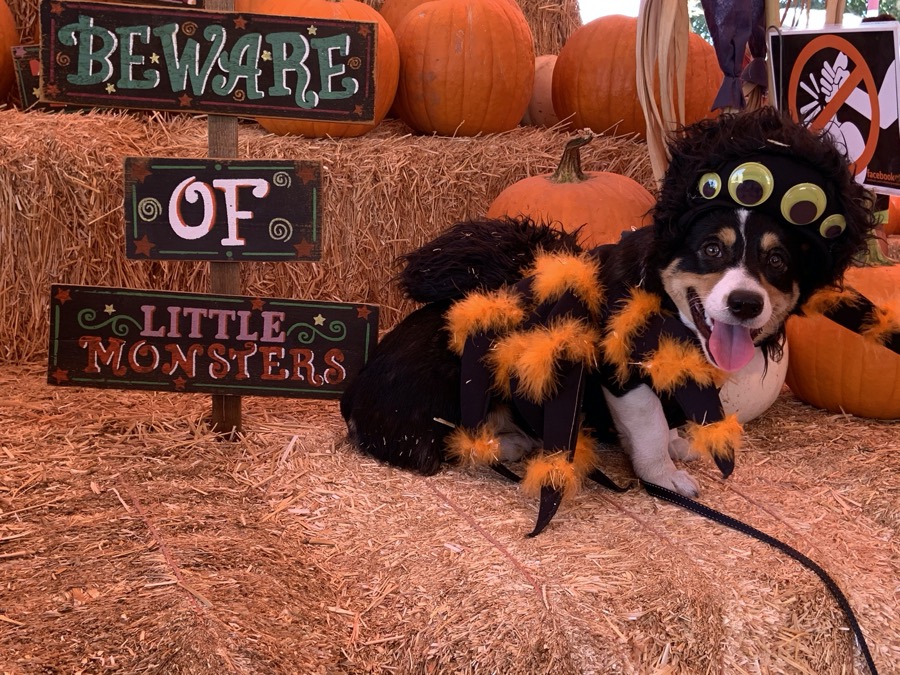 What an adorable critter I mean a terrifying spider!

Photo and video by the dog's human, @whynothmm.

Check it out with sound.