The Ripsaw, the Phaser, and more new drone technology 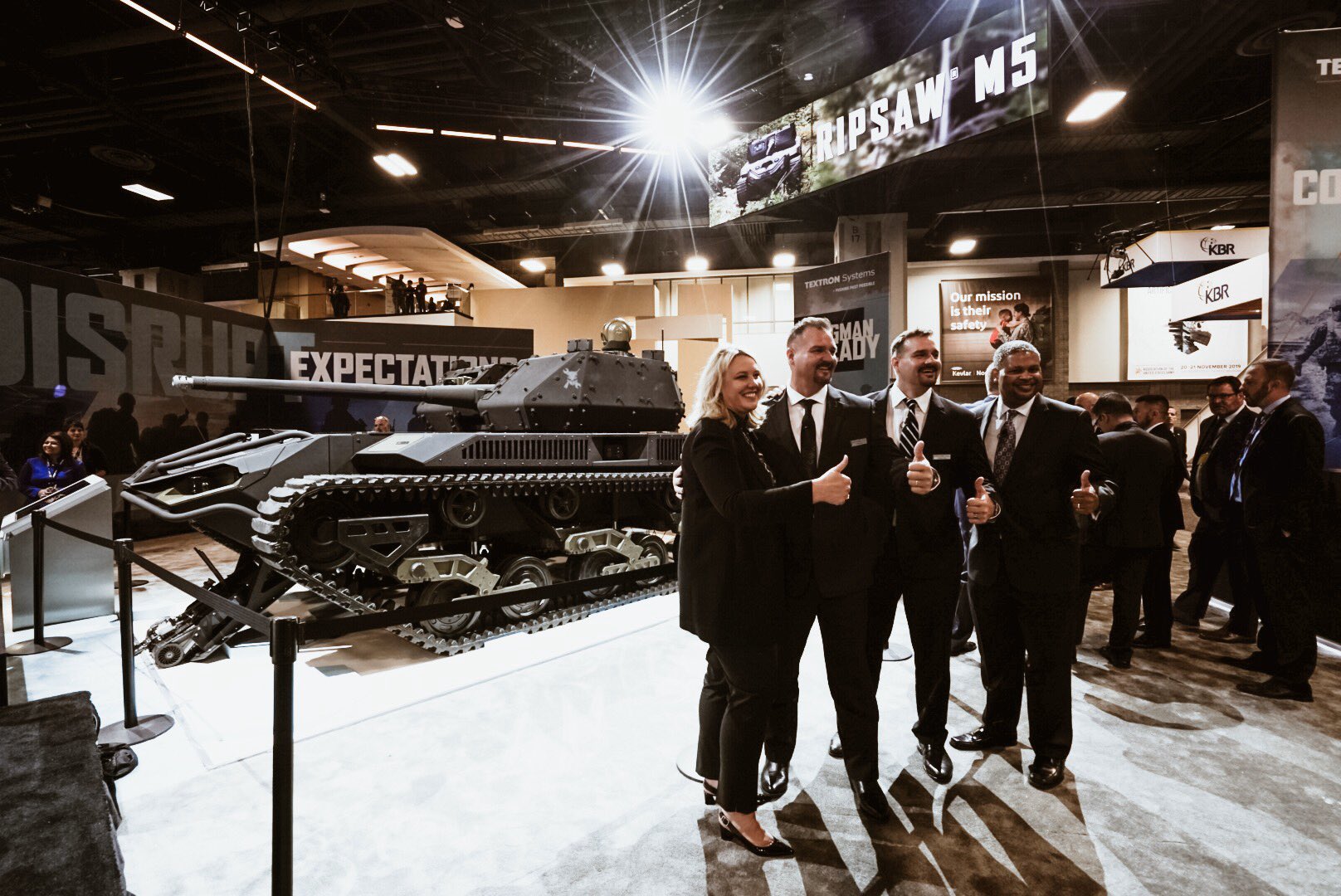 The Center for the Study of the Drone at Bard College has a weekly newsletter devoted to drones. Here's a sampling of the military and domestic drone technology spotlighted this week.

The BBC looked at new anti-drone devices like Raytheon's "Phaser" that may have been sent to the Middle East after the attack on Saudi Arabia's oil fields:

Firing from a disc resembling a giant satellite dish atop a sand-coloured container it wipes out the digital elements inside a drone.

Raytheon cannot say where the rapidly purchased Phaser has been sent, but the Pentagon has stated that it is being deployed overseas.

Perhaps Phaser's biggest strength is it operates at the speed of light. That is the rate at which it fires out bursts of microwave radiation. And that can bring an approaching UAV down in a split second.

The beam emitted by Phaser is 100 metres broad at a distance of one kilometre. That translates into a lot of dangerous space for an attacking UAV. Targets are tracked by an electro-optical sensor converting images into electronic signals and working in tandem with the microwave beam.

The new Ripsaw M5 can launch a #FLIR SUGV, Skyraider, and features a TacFLIR 280-HD, and the 360 SA system for situational awareness! pic.twitter.com/8WFY1wQ5Rb

The vehicle, developed in collaboration with FLIR Systems – makers of the Black Hornet micro unmanned aerial vehicle (UAV) – and Howe & Howe uses FLIR systems technology to get a 360-degree image of its surroundings and can carry a range of payloads including a medium-calibre cannon, Javelin missile, and mine-clearing equipment.

Reuters reported on drones being used in Ghana for all sorts of tasks including deterring birds and monitoring inventory:

When farmers join the project, they organise into cooperatives of about 100 people. Each cooperative then pays for, uses and maintains a set of drones, which can cost upwards of $1,000 each, he said.

The farmers are grouped by neighborhood, so a single drone can cover two or three farms each time it goes on a flight, said.

Usually, one or two farmers in each cooperative are trained to use the drones and they operate the devices for all the farmers in the group, he added.

As well as helping them save time and labor, farmers point out that drones cut down on the health risks associated with being in daily contact with chemicals on crops and microbes in muddy fields.

And NPR profiled drones that are already being used to make deliveries:

a small quadcopter lifts up off of a landing pad in front of the main hospital building on the WakeMed campus in Raleigh, N.C. Underneath it is a metal box — smaller than a shoebox — with vials of blood samples inside of it that are now heading across the campus to the lab for analysis, guided by a drone operator on the ground.

It's not a long trip.

"This facility happens to be across a very busy road from our main campus hospital," says Stuart Ginn, an ENT surgeon and medical director of innovations at WakeMed. But when taken by carrier on foot or by car, he says "the logistics of getting those samples across often resulted in about a 45-minute time of delivery."

But now, with the drone?

"We've seen that drop to about 10 minutes, and that's really door to door," Ginn says. "The actual flight time one way is about three minutes because it's not a long route."