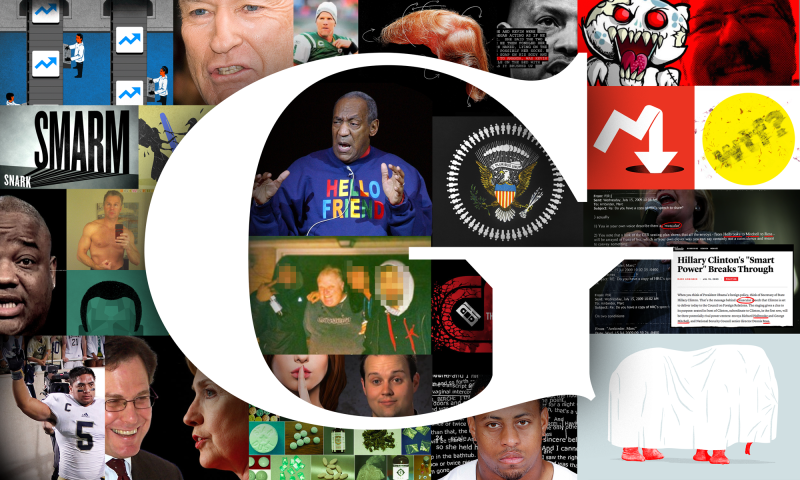 Kate Storey reports on the rise and fall of Gawker 2.0, this week's essential reading for new-media navelgazers. After the smoking remains of the site were auctioned off, the new owner (Bryan Goldberg, a frequent target of the original Gawker) had a plan to revive the site and its aggressive model of journalism. But two years on, the latest post is still founder Nick Denton's 2016 signoff. What went wrong?

A year after he bought it, hired a pricey staff of media veterans, and announced big plans, Goldberg and Bustle Digital Group abruptly shut it down. Or, to be more precise, decided not to get it going again in the first place.

The master plan of Bryan Goldberg, potential media mogul, was becoming increasingly difficult to decipher. But a close examination of what, exactly, happened at the new almost-Gawker reveals a great deal about a man who appears to know what he wants but isn’t exactly sure how to get it.

“It was pretty satisfying to see [Gawker] destroyed by Peter Thiel,” Lodwick told me this spring. “My favorite thing about how the Gawker story ended for us was we got to own it. It wasn't even a big deal for Bryan; he just bought the brand for, relatively speaking, pocket change at an auction. It was kinda like Gawker was destroyed by the world, and then we got to have this little victory lap at the end.”

Still, Goldberg made serious efforts to do something new with Gawker, hiring a number of people and making detailed plans for something similar but "less mean". Unfortunately, he made a bad pick to run the new site, dismissed internal concerns about her racist and homophobic tweets, and took this attitude to an intense content ramp-up that soon unraveled. He even contemplated further acquisitions from the rest of the Gawker empire.

Which brings us to an important point: we're at the stage where when someone writes that "Gawker is a mess," in the present tense, you're in a Shrodinger's Gawker situation. There are now two organizations this might refer two, and both are a mess. This article refers to gawker.com itself, the name and its archives, now owned by Goldberg. The other Gawker is the actual company, its staff and all the other blogs, sold to Univision and then to a private equity group, merged with The Onion along the way, and currently having its brains smoothed by a cadre of executives.