Take half off this gravity-defying bonsai tree pot 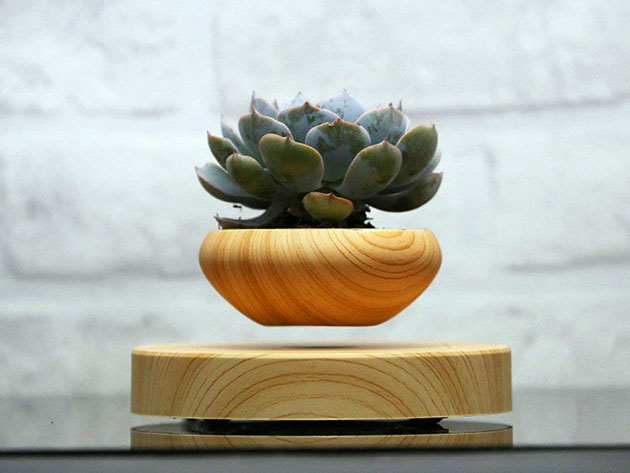 Most people don't spare a lot of thought on the potting for their plants. Perhaps something with a color that matches the walls, but that's as far as it goes. After all, the plants don't care what they're wearing. Do they?

Actually, they might. As eye-catching as the AIRSAI Floating Bonsai Plant Pot is, its main attraction is more than just a magic trick. It might even help your plant thrive.

Yes, that's an actual levitating plant stand and pot, designed to transform an already tranquil plant into a downright transcendent piece of home art. The pot levitates on the base thanks to simple magnetic technology that will nonetheless mystify guests.

What's more, the plant can easily be set to rotate continuously. That not only shows off the angles of your favorite plant but will actually nourish it. With 360 degrees of exposure to sunlight, each leaf will get all the light it needs.

The wood and plastic AIRSAI Floating Bonsai Plant Pot is now half off the original price - plant not included.