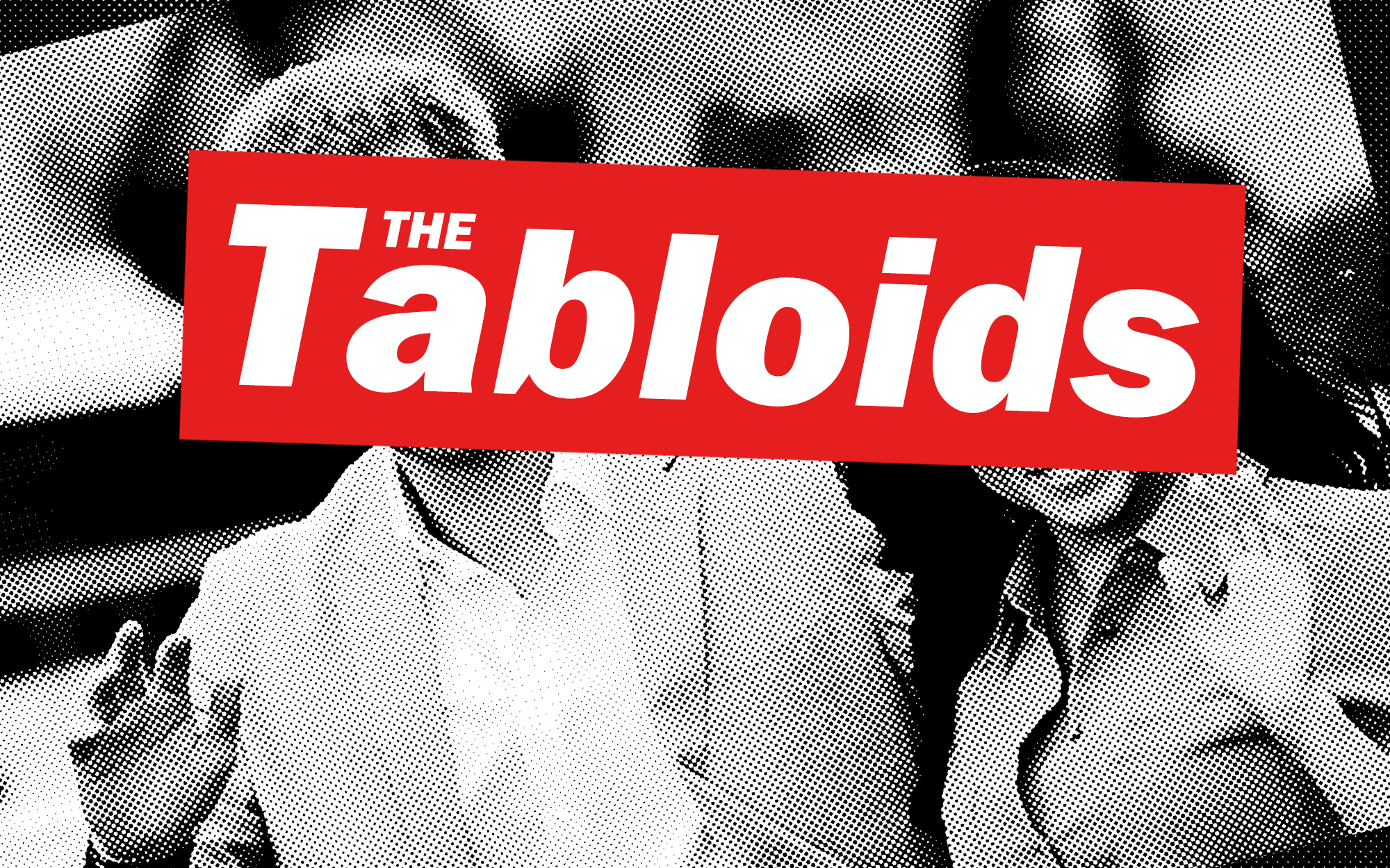 The Royals would dearly love to find out, one imagines, considering how their lives are routinely dissected and demolished, and this week’s tabloids are no exception.

But no, despite the sensational headline the Duchess of Sussex isn’t smoking crack or turning tricks on the street corner outside Windsor Castle. It’s a report of nephew Thomas Dolby’s arrest last month after running near-naked through Hollywood, “thought to be prompted by a breakup with his husband, Ronnie.”

The ‘Enquirer’ claims to have tracked down Dolby's rental car, impounded by police, allegedly found containing “a huge black penis-shaped sex toy on the floor.” According to the vehicle’s unnamed owner "The whole car stunk of weed and there was a pipe that had some sort of black residue in it . . . crack or crystal meth . . . the car was a wreck.” But the mag adds: “There’s no proof that Thomas owned or used the material found in the car.” Perhaps it all belonged to Meghan?

“Meghan orders Harry to acting school!” claims another ‘Enquirer’ story. Reportedly underwhelmed by Harry’s recent public appearances, his wife allegedly “told pals” she’s sending him “to acting school” to become "a more effective public speaker.” Which makes you wonder why the former star of TV’s ‘Suits’ doesn’t give him a few acting lessons herself? Perhaps he can’t afford her rates?

The ‘Globe,’ which consistently claims the best - or at least, the most imaginative - sources inside Buckingham Palace, reports: “Dying Queen, 93, Too Weak for Official Crown!”

It’s true, and has been widely reported, that HRH wore a lightweight crown for the recent opening of Parliament, rather than the 2.5 pound behemoth traditionally topping her coif. But it takes a true “Royal insider” to infer that “She’s terribly ill and will be gone soon.” Don’t hold your breath.

“Fergie Flaunts Her Fab New Face!” reports the ‘Globe,’ reprising a recent Daily Mail story in which the Duchess of York confessed to having “a lot of help” with laser treatments, organic fillers and a minimally invasive face-lift to maintain her looks. What nobody is asking is why the Duchess would be going public with such intimate beauty secrets. Surely the Duchess, above quotidian concerns of commerce and commodification, could not possibly be promoting her beauty doctor’s business in exchange for free services? Unthinkable.

‘People’ magazine devotes its cover to: “Meghan’s Anguish - Emotional New Interview.” Of course, it’s not the magazine’s own emotional interview with the Duchess; it’s an amalgam of quotes from her recent TV documentary. Adding the sort of insight and interpretation that you can’t find anywhere else, ‘People’ unearths a “royal source” who says that “Harry and Meghan ‘are fine’ and [Prince] William had been in contact after watching the documentary.” Revelatory.

‘Us’ mag borrows from the same TV documentary to source its story on “William & Harry - Truth About Royal Rift.” But the report adds nothing new, and an unnamed insider only states the obvious: “William still cares about Harry and is hoping he’ll open up to him about his current struggles.” Don’t we all.

Socrates supposedly uttered the well-worn dictum that "the unexamined life is not worth living,” but countless celebrities must wish that the tabloids would stop examining their particular lives, especially with a decidedly unphilosophical relationship to reality.
Just ask Miley Cyrus, subject of the ‘Enquirer’ story “Wild Miley Under Satan’s Spell!”

Her father, country music veteran Billy Ray Cyrus, believes her behavior “could be the result of unearthly evil forces at work!” reports the' Enquirer.' What he actually said was: “Both mine and Miley’s faith has been shaken.” Po-ta-to, po-tah-to.
Elvis Presley’s ex-wife gets the ‘Enquirer’ treatment with the story “New cancer worries for Priscilla!” ”The ’Naked Gun’ actress evidently wore a face mask out in public when blazing wildfires made Los Angeles air unhealthful last week - so she must be hiding cancer beneath the mask. Right.

“Love Match Made in Scientology Heaven!” reports the ‘Globe,’ claiming that Tom Cruise plans to marry Demi Moore and convert her to Scientology. Good luck with that. Are either of them really crazy enough to even date the other? They starred together in hit movie ‘A Few Good Men’ in 1992, and that’s good enough for the ‘Globe’ to claim “the chemistry between them has been sizzling.” No matter that Demi has long been a devotee of Kabbalah, and that she previously dated Scientologist rocker Sean Friday and never joined the cult.

The ‘Globe’ devotes its cover to the work of its highly trained team of clairvoyant doctors-turned-journalists, who report: “Michael Douglas - Months to Live!” The Hollywood legend’s weight is allegedly down to 118 lbs according to the mag, though the story is accompanied by a photo purportedly taken on October 14 in which Douglas looks slender, fit and healthy, walking unaided and nothing like the “skeletal” star “wasting away” that the story describes. But who are you going to believe: the ‘Globe,’ or your own eyes?

The ‘Enquirer’ cover speaks volumes about how far the magazine has come since the days when it served as President Trump’s unofficial mouthpiece, having long protected him with a series of “catch-and-kill” scandal stories it investigated and quashed before publication.
Being Trump’s personal attorney makes Rudy Giuliani a target of the rag which is now reportedly cooperating with authorities investigating the President. “Rudy Giuliani $60m Divorce Explodes!” that rag claims, in a he-said-she said rehash of legal papers filed in April, and now resuscitated to attack Giuliani as he flounders amid Trump’s impeachment inquiry.

Fortunately we have the crack investigative reporting squad at ‘Us’ mag to tell us that Zendaya wore it best, that TV’s ‘Real’ co-host Tamera Mowry likes “to try new toiletries” (who doesn’t?), that actress Lauren Lapkus carries Kleenex, Sonny Angel dolls and a pink Shinola diary in her Big Bud Press bag, and that the stars are just like us: they get manicures, shop at farmers markets, and pump gas. Those crazy stars.

In a heartwarming tale the ‘Globe’ reports that Virginia Chick-fil-A employee Seth Ratcliff crawled into a sewer to retrieve the iPhone dropped by customer Shauna Hall in a nearby storm drain. It’s good to know that tabloid reporters aren’t the only ones willing to crawl from the gutter into the sewer in pursuit of their work.