This self-cleaning toilet brush sanitizes after every use 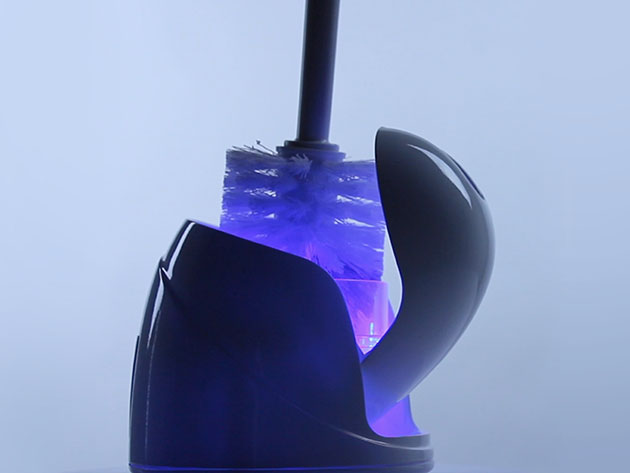 Most of us don't think about our toilet brush any more than we need to, and why would we? It's gross. But frankly, that's why most brushes - and therefore most toilets - are filled with even more bacteria and germs than we might think.

Luckily, the LUMI Self-Sanitizing Toilet Brush & Base is here to restore honor to your "throne," not to mention cleanliness. And best of all, once you get it, you won't have to think about it any more than you ever did.

Here's the gist: The normal process of cleaning a toilet involves brushing it, then rinsing that brush, then sticking it back into a base. That base is usually covered to keep the unsightliness at bay, which is to say that it's a tight, enclosed area. In other words, the perfect breeding ground for germs and bacteria.

The LUMI addresses that folly with a truly innovative base. It's equipped with sensors that detect when the brush is sheathed. Once that happens, a series of 3 UV lights pop on and are reflected by an aluminum coating in the base. That bombardment kills common germs and bacteria like E. coli and staph, preventing them from thriving off the moisture on your brush (or your bowl). There's even a reservoir beneath the brush to catch that moisture, allowing it to dry more effectively.

The actual brush is no slouch either. The ergonomic handle is made of high-quality HDPE and the head is removable if you need to replace or facilitate a deeper cleaning.

But your day to day? That gets a lot easier, and a lot less gross.

After a successful Kickstarter campaign, the LUMI Self-Sanitizing Toilet Brush & Base is now on the market, and on sale for a full 20% off the original retail price.