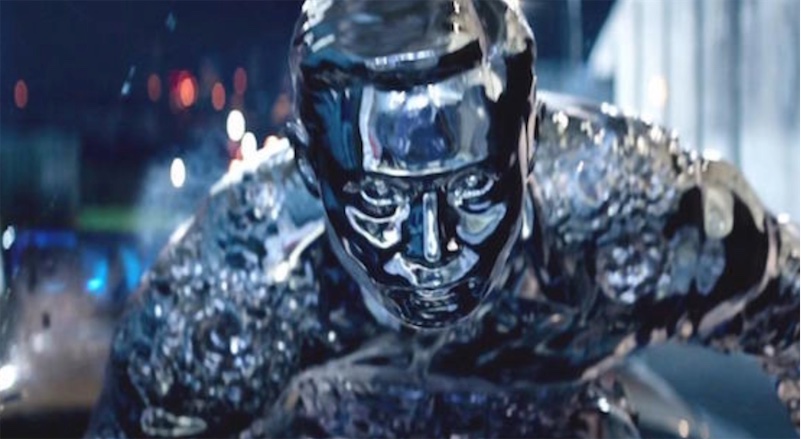 The US Air Force Research Laboratory (AFRL) has developed a new form of liquid metal with very strange conductive properties. Usually, when a flexible, conductive material is stressed or stretched, its electrical conductivity drops and resistance increases when it's stress or stretched. Just the opposite, Air Force's novel "Polymerized Liquid Metal Networks... can be strained up to 700%, autonomously respond to that strain to keep the resistance between those two states virtually the same, and still return to their original state." The researchers published their results in the scientific journal Advanced Materials. From the Air Force:

It is all due to the self-organized nanostructure within the material that performs these responses automatically.

“This response to stretching is the exact opposite of what you would expect,” said Dr. Christopher Tabor, AFRL lead research scientist on the project. “Typically a material will increase in resistance as it is stretched simply because the current has to pass through more material. Experimenting with these liquid metal systems and seeing the opposite response was completely unexpected and frankly unbelievable until we understood what was going on.”

Wires maintaining their properties under these different kinds of mechanical conditions have many applications, such as next-generation wearable electronics. For instance, the material could be integrated into a long-sleeve garment and used for transferring power through the shirt and across the body in a way that bending an elbow or rotating a shoulder won’t change the power transferred.