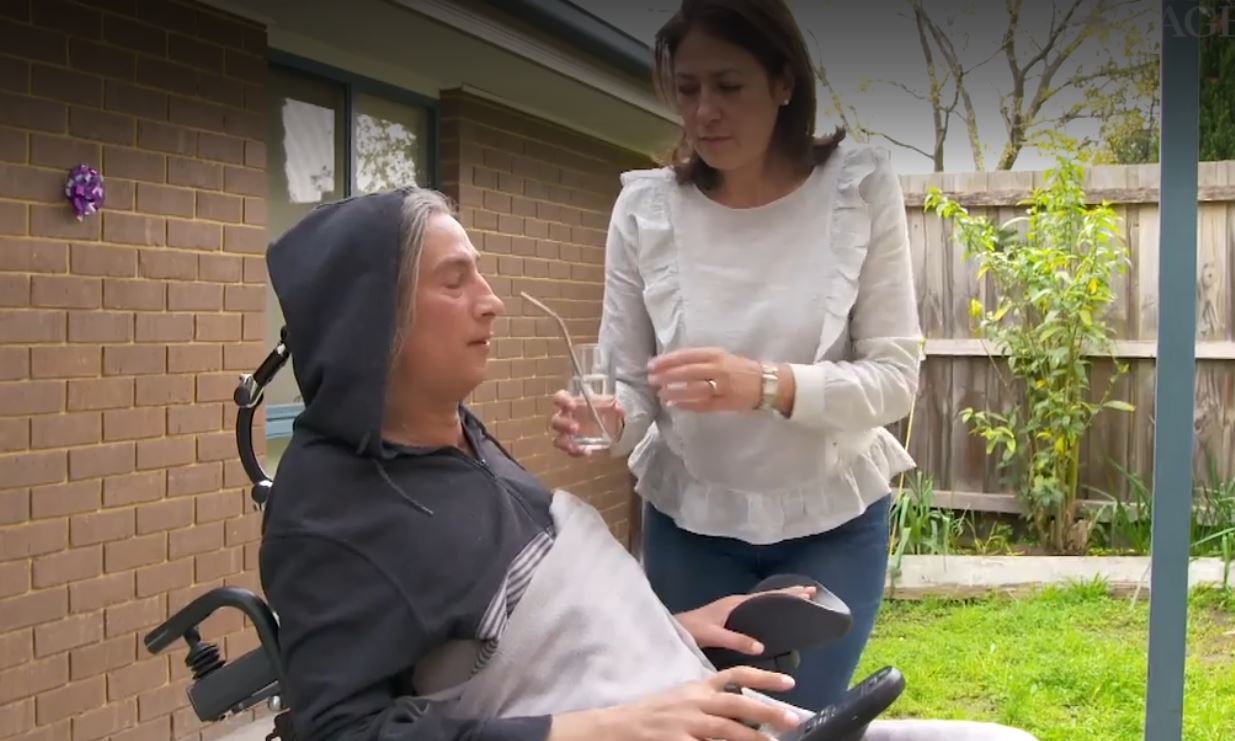 Cops in Warrnambool, Australia, broke Chris Karadaglis' neck when they arrested him. But The Age reports this as "man's neck breaks during arrest" because they're afraid of identifying the breakers, even in an article that's supposedly about their failings.

Barrett told The Age that while he can't talk about the specifics of the ongoing investigation into Chris's arrest, he immediately concedes what in the past may have been shrouded in police speak: no innocent Victorian should be so seriously injured after an interaction with police.

Barrett describes Chris's interaction with the three uniformed officers as a ''life-changing experience, devastating for the family of that individual.''

"Precisely what police did to cause his injury that November day two years ago has been blurred in a sea of pain and terror," write Nick McKenzie and Grace Tobin, whose story remedies this lack of clarity by suggesting Karadaglis' neck broke itself.

It's interesting they mention "police speak" because that's what the headline is. I covered cops for a while as a young reporter and this is the language of arrest and incident reports. Cops are trained not to describe themselves in the active voice, which makes them appear responsible for their actions. Instead they are mere observers, there when things did happen. The gun did fire. The bullet did enter the suspect's body. The suspect did die at that time.

This example is particularly grim because The Age's story is supposed to be a heartfelt investigation into the victim's plight and police misconduct—one subverted from the outset with that mangled, servile headline.