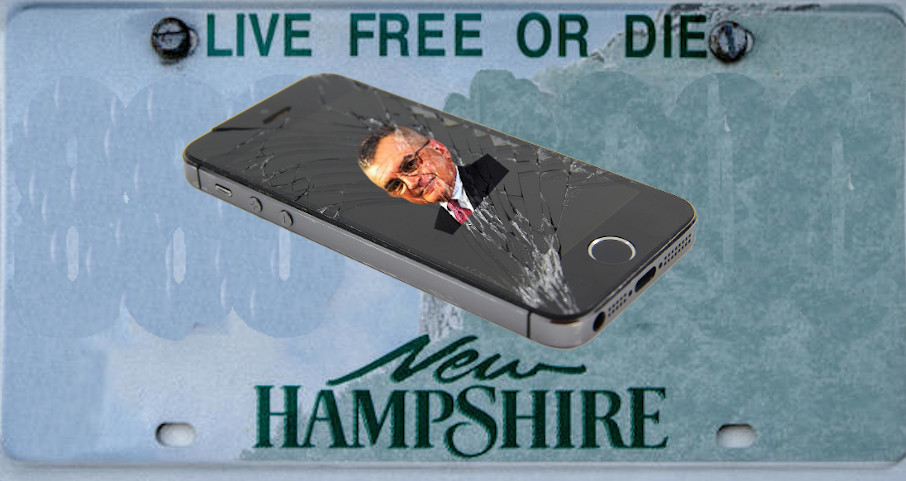 New Hampshire's Digital Fair Repair Act -- based on model Right to Repair legislation circulated by the Repair Coalition -- died this week after the state House of Reps voted it down, with Rep John Potucek [R-Derry] telling a reporter that he voted against the bill because "In the near future, cellphones are throwaways. Everyone will just get a new one."

Potucek -- a retired teacher and engineer -- has a long record of being on the wrong side of the right issues, opposing legislation to increase the state minimum wage, against greenhouse gas reduction measures, against rail expansions, against solar energy, against investigating sexual harassment in the legislature, against funding job training, against rules prohibiting discrimination in public schools, against a death penalty repeal, against providing tampons and napkins in public schools, against banning carcinogenic flame-retardants in carpets and furniture, against recreational marijuana, against allowing undocumented people to obtain driving licenses, against stiffer penalties for dog-fighting, against state medical and family leave, against diaper-changing stations in public washrooms and against the repeal of voter ID laws.

These organizations are nominally opposed to burdensome government regulation and intervention in the market, but Potucek's vote means that out-of-state monopolists like Apple and Samsung will get to tell New Hampshire's small business people whether and when they can repair property belonging to the people of New Hampshire.

Potucek's characterization of $1,000 phones as "disposable" paints a picture of a man who is either totally out-of-touch with his constituents' daily lives, or so beholden to his ideology and the corporate dark money that comes with it that he refuses to consider that reality.

“At our three locations throughout [New Hampshire], we serve tens of thousands of our neighbors and visitors each year,” Chad Johansen, president of NH iPhone Repair, said in an email. “Many of our customers are happy with their devices and would rather spend $100 to fix their current device instead of $1000 for a new one with little to no updates or added features. Now the [manufacturers] such as Apple and Samsung are making it harder for residents of NH to repair the devices they own.”