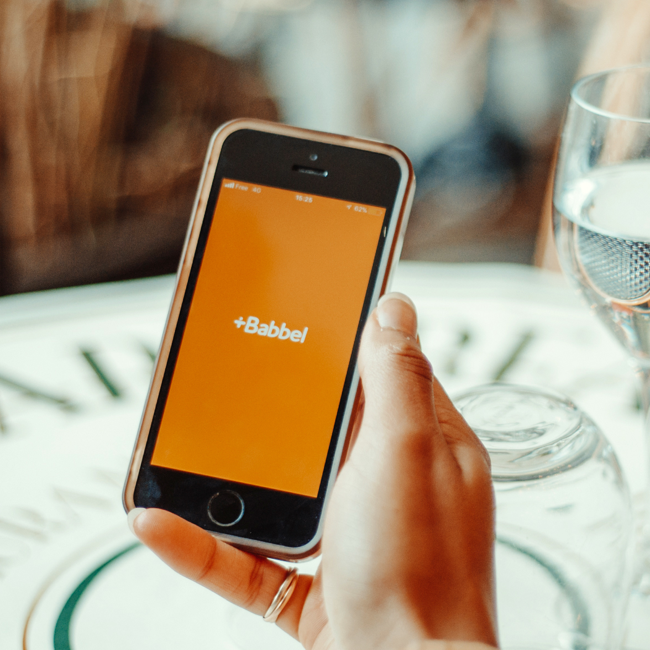 The world is shrinking, That's just one of the reasons to get on that bit of self-improvement that many people resolve to do but too few actually accomplish: learning a new language.

And why aren't more of us multilingual? It's actually easier than you might think. Almost all tongues have commonalities, and if a bit of practice doesn't at least get you conversational, well - that might be the fault of the teacher, not the student. There's a lot of language apps that miss the mark when it comes to methodology, but let's focus on one that works - and why it works.

The Babbel app is a language-learning system that's drawn raves for a personal approach that tailors lessons to the language of the user. That means an English speaker learning German might begin by learning a different set of phrases than a German speaker would when they're learning English. That's because while their parts of speech and sentence structure might be similar, the two languages have distinctly different idioms and common terms. It seems like a no-brainer, but it's an approach that Babbel really gets like no other.

That approach results in a quicker route to the words and phrases that you can actually form a conversation with, and less chaff like "How ripe is this cantaloupe?" And to ensure you'll follow through, the curriculum is broken up into bite-sized lessons you can finish in 10-15 minutes. Just right for a commute or lunch break.

Sound doable? Right now, Babbel is offering 25% off select subscriptions. Take a look and see how you can get multilingual with minimal effort.