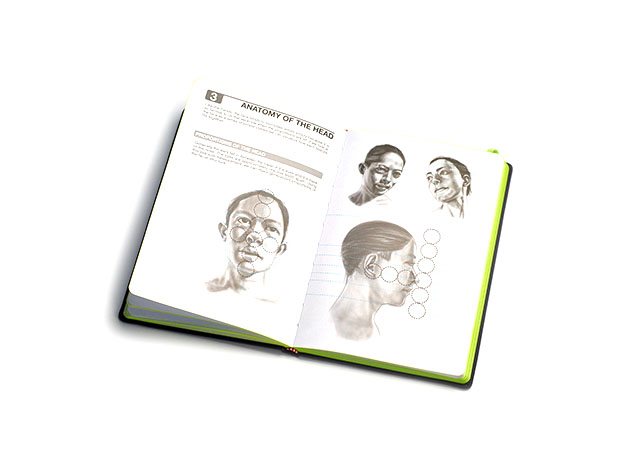 Every artist, budding or established, has a sketchbook. They're great for practice and portable, so you can follow your muse anywhere. But if you're just starting off, let's face it: Those blank pages don't offer much guidance. The How to Draw series of sketchbooks are a well-designed alternative to rote linework or idle doodling, incorporating art lessons that let you fill up that white space more productively.

Think of these as art textbooks that you can actually draw inside of. Each one fills the front and back with a series of basic tips and reference materials, such as a list of art schools and the best types of art equipment for a particular style. The meat of the book, though, is a series of lessons that are crafted in an ingenious way. Initial lessons will have shading that you can rely on to trace a drawing. As the book progresses, those guidelines will begin to fade, letting you take the reins and draw more confidently.

The How to Draw series has books in a variety of art styles, and they're all 20% off the retail price.

How to Draw Sketchbook: Super Heroes focuses on the four-color style, with guidance by industry pro Andy Smith.

The How to Draw Sketchbook: Drawing Basics covers abstracts, shading and other essential techniques with Mark Kokavec.

The How to Draw Sketchbook: Athletic Shoes is another book taught by Mark Kokavec that's crucial for graphic or advertising artists.

In the How to Draw Sketchbook: Cars, Mark Kokavec teaches you to capture the sleek lines of autos from nearly any era.