Save over 70% on this Sonicare rival that packs 40,000 vibrations per minute 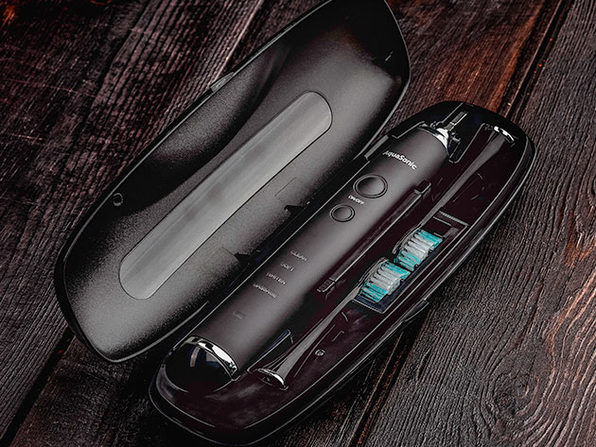 You've only got one set of teeth, and every hygienist will tell you the same thing: A good, solid toothbrush and a strict cleaning regimen will do a lot more in the long term than any session in the dentist's chair.

It'll be a lot cheaper too, even if you purchase one of the high-end electronic toothbrushes that are out there. Especially if that brush is the AquaSonic Black Series.

This one packs more than just a powerful motor, though it certainly has that. Its 40,000 vibrations per minute is one of the fastest in the industry. But it can be gentle too: The AquaSonic can toggle between four cleaning modes, including a soft setting for sensitive teeth. Switch on whitening mode for inverted frequencies that will erode tough stains or massage mode for a burst of low frequencies that will increase blood flow to the gums.

The Black Series also comes with a hardshell travel case, so you can take the wireless charger and extra brush heads with you anywhere. You'll get eight of them in the set, all ideally bristled for deep cleaning.

The brush, travel case and eight Dupont brush heads are all on sale now for more than 70% off the list price.