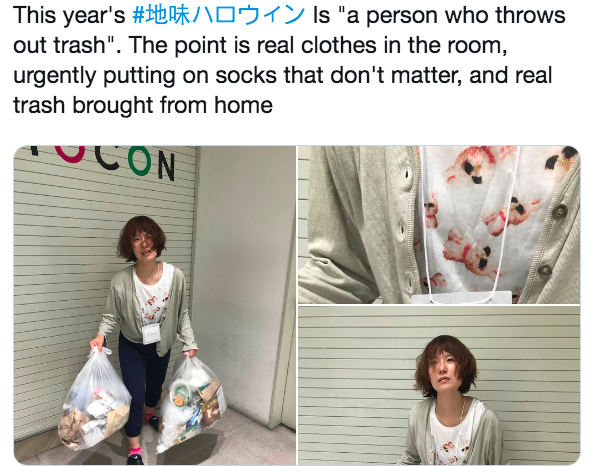 Forgot to take out the trash, the Halloween costume.

"Too embarrassed" to wear glitzy, showy Halloween costumes, a group of folks in Japan decided to start wearing "mundane" ones starting in 2014. These hilarious "jimi Halloween" costumes feature people in ordinary, everyday types of situations.

Like, here's a lady who is playing a "camera assistant for children's photo studio":

And this guy is about to win at Old Maid:

This lady is a YouTuber testing lipstick colors:

Search the hashtag #DPZ or head to Spoon & Tomago to see more.