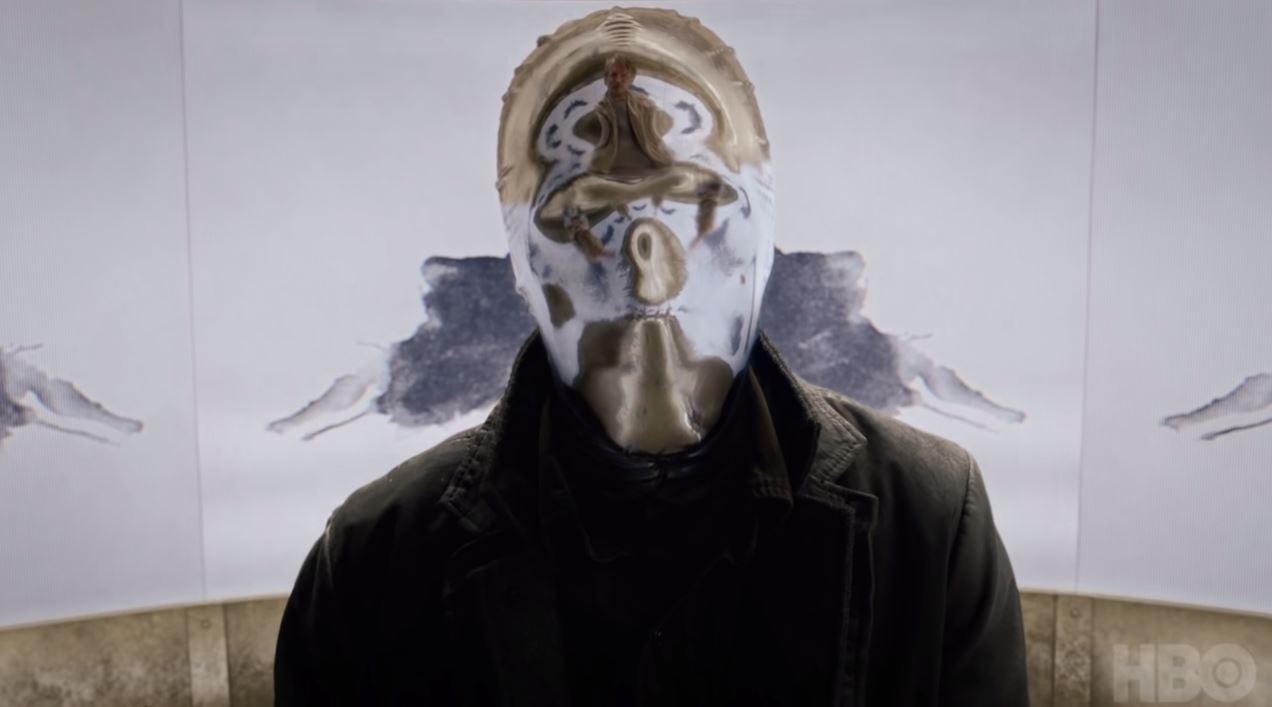 “We had five different masks,” the designer says, explaining that exactly what Nelson was wearing would change depending on the demands of the scene. Some of the masks were for motion tracking, featuring a special print that would aid with motion capture and tracking, keeping track of the orientation of Nelson’s face at all times. Others were purely green screen or spandex, while yet another — the only mask that wouldn’t require the reflectiveness to be added via CG later — was made of lamé, a type of fabric that has metallic fiber woven throughout it, meaning only one of the actual masks used during shooting was that distinctive silver.

Den of Geek talked to Tim Blake Nelson about wearing the mask:

“The mask is fine to wear. I really like it,” he says. “Actually it furnishes a wonderful challenge that is specific to itself. In drama school we did mask class and the reason they taught that was to take away the visage, which is an essential form of expression that we have, and force the actor to use only body and voice. I looked at this as a really fun exercise over an entire season of television in which I would get to explore that. And moreover going in the opposite direction with this character. Rather than amplifying body and voice to use the mask to pull back even more. In other words, go in the opposite direction, use less of my voice, less of my body, and to simplify.”

I dressed as Looking Glass from #Watchmen. No one gets the reference and they’re all weirded out when I ask whether they’re a member of, or if they associate with members of the white supremacist group known as the 7th Kavalry. pic.twitter.com/Rhu2SxAyZS