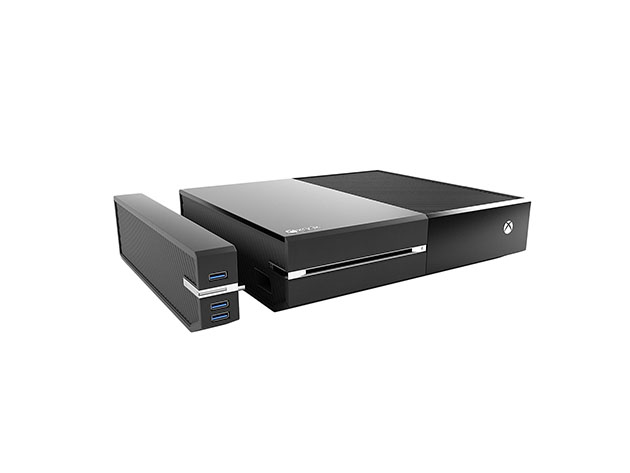 Games like Red Dead Redemption 2 and Call of Duty: Modern Warfare offer hours of cinematic gameplay. They're so engaging you might not want to play anything else, which is great because with all the disk space they take up, you might not have room to download other titles on your console.

That's why a good hard drive has become a necessity even for casual gamers these days, and Fantom Drives are among the best.

It's simple enough to offer space for your save files and games, and Fantom's drives certainly have that. Their storage hubs for Xbox One and PS4 include a Seagate Firecuda Gaming SSHD that packs 2 TB of data space, accessible with a lightning-fast 5Gbps transfer rate.

But there's plenty of flexibility beyond that. The Xbox One hub is also outfitted with three USB 3.0 ports, suitable for charging controllers or adding even more storage. The PS4 model also works with the PS4 Pro, PS4 Slim, and PlayStation 3, and it allows you to convert your original PS drive into a portable SSHD. In either case, they're easy to install, without external power cords.