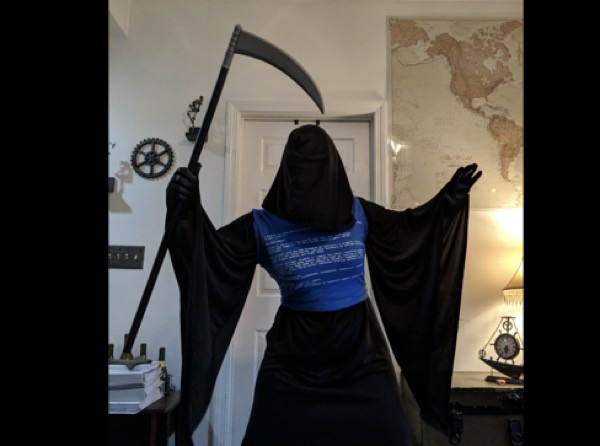 This is a genius Halloween costume idea.

The Microsoft Windows 'Blue Screen of Death,' as the MS-DOS crash display has long been affectionately known.

“Yes, I take public transit to work, and yes, I wore my costume.”

Today's Halloween costume at work: the Blue Screen of Death!