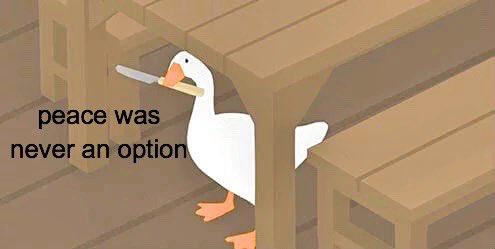 Foie Gras, a fatty dish created by force-feeding ducks and geese through tubes, will soon no longer be served in the thousand-or-so NYC restaurants that have it on their menus. Chefs are saying "what next, veal?" fearing other ostentatiously cruel delicacies (as opposed to the mundanely cruel ones) will be next.

Foie gras has long been a point of debate.
In 2012, California's foie gras ban went into effect, only to have the ban overturned in 2015. Then, in 2017, the ban was upheld by a circuit court judge -- a decision that was backed by the Supreme Court in January of 2019. Chicago's history with the ban is almost equally as tumultuous. The Chicago City Council passed the ban in 2006, only to lift it two years later. What makes foie gras so contentious is the method of preparation. Foie gras is made of fattened duck or goose liver, and it has long been considered a French delicacy -- so much that the country has protected it as part of France's cultural heritage. But the product is made by force-feeding ducks, an practice that many people, like councilwoman Rivera, have found troubling