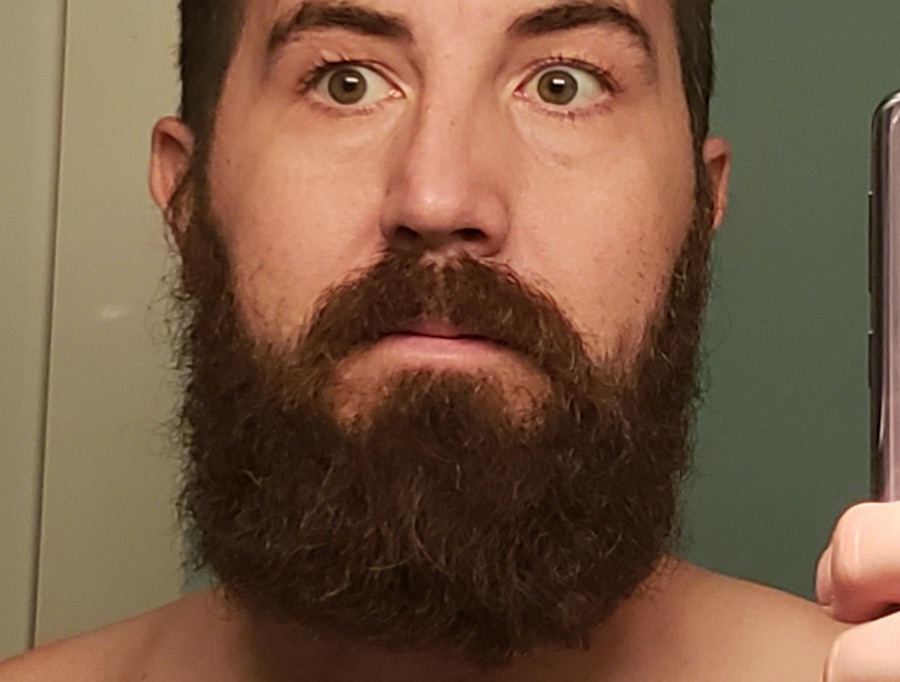 Wait 'til you see what he transformed into for Halloween.

But first, he had to cut that beard off.

IMGURian @teekal “sacrificed four years of beard growth for Halloween 2019,” and all I can say is -- worth it. Well done, Super Mario, sir.