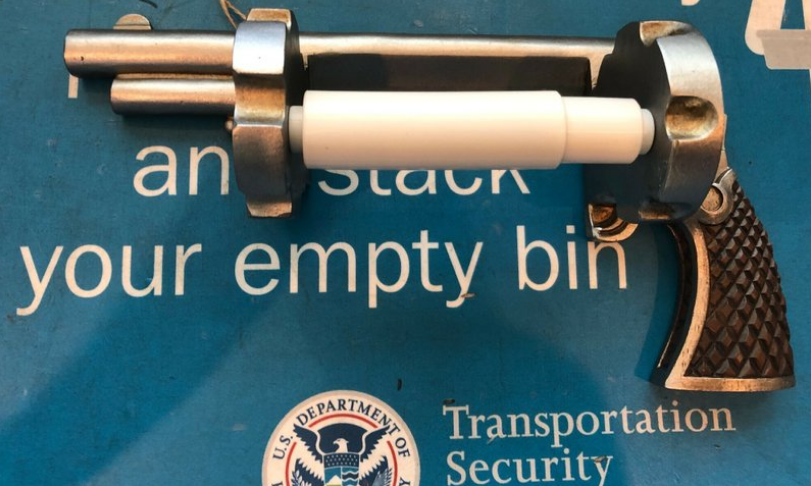 What was the traveler who carried this gun-shaped toilet paper roller thinking? On every level, seriously, what were they thinking.

TSA agents thought it was a gun when they put it through the X-ray machine. A closer look showed it was a toilet paper roller, inexplicably shaped like a gun.

Replica firearms are prohibited, just like real ones are, at security checkpoints for carry-on luggage.

TSA says it gave the man the option to place it in a checked bag, hand it off to a companion or surrender it. He decided to give it to TSA.