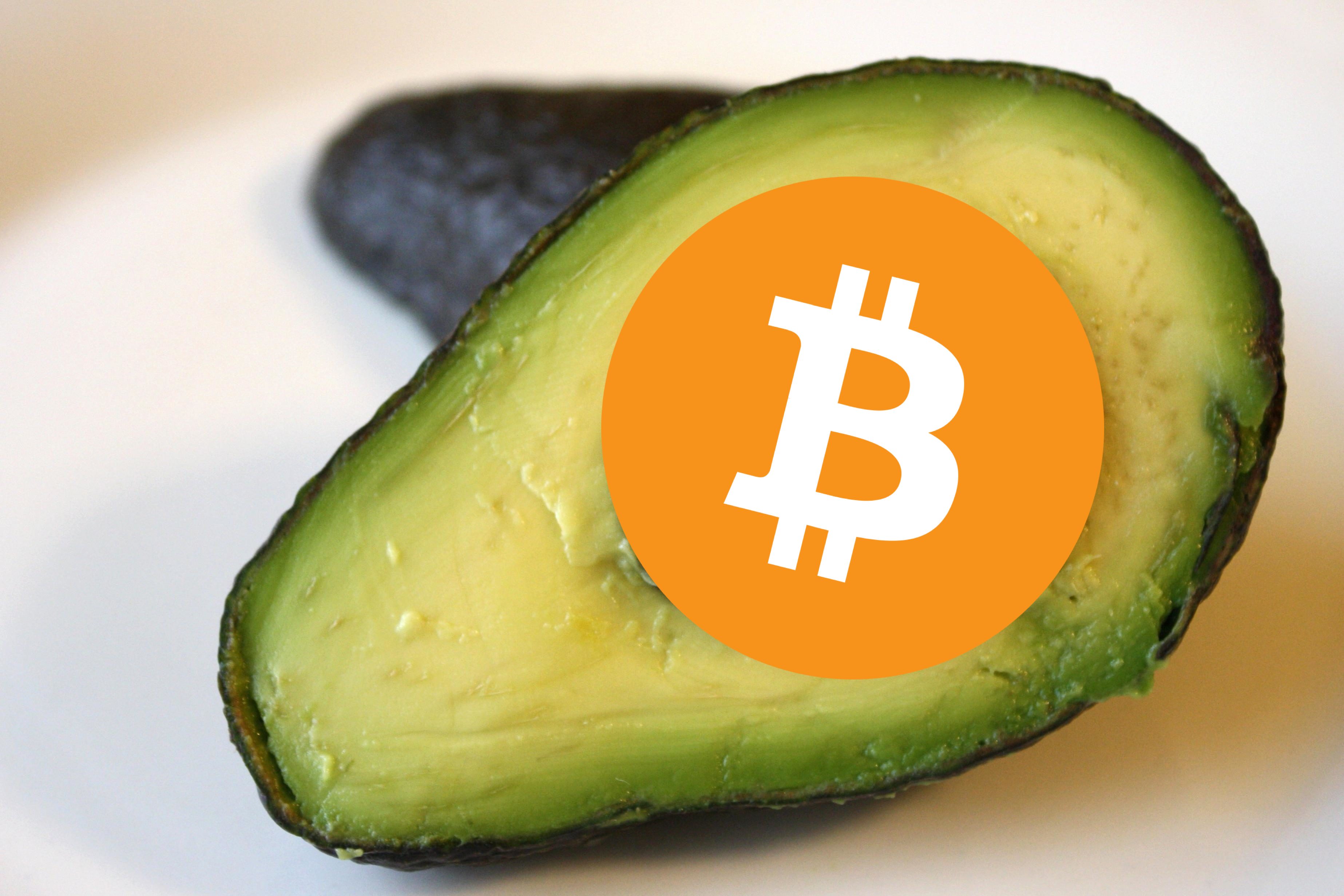 For a while, I blamed myself. I had that noticed my paltry Bitcoin investment was doing well, so I threw some extra cash in, just to say what it would do. That was just this past July. Days later, the value tanked. By September, I was down nearly 25 percent. Things have started to settle, but it's seemed so unpredictable that I've been hesitant to celebrate.

Now I know the truth. It wasn't my fault. It was the avocados—those same god damn avocados that ruined everything for millennials like me. But at least I got to enjoy them for cheaper while I stuffed my face to escape the pain of my crashing investment.

The avocados told me this would happen. pic.twitter.com/5rOyE3Ohak

This isn't the first time someone has noticed the correlation, either. Back in April, the price of both jumped 35 percent. The avocados made sense—at the time, Trump had threatened to completely close the US-Mexico border, which would have seriously diminished our access to those delicious Aztesticles. Of course, we can always grow more avocados, whereas there will only ever be a finite 21 million theoretical Bitcoins in the world.

Clearly, there's a deeper meaning here. Correlation is not necessarily causation, it's true. But it's hard to deny the synchronicity, so weighted as it is with meaning. Perhaps the answer lies in the last untried home investment for millennials: Bitcoin Toast.

What is it with the price of Bitcoin and avocados? [Decrypt/Adriana Hamacher]

A 17-year-old boy from Tampa, Florida was arrested by the FBI, IRS, US Secret Service, and Florida law enforcement, who accuse the teenager of being the "mastermind" behind the Bitcoin scam Twitter hack that compromised the accounts of over a dozen famous people including Elon Musk, Joe Biden, Bill Gates, and President Obama. Here's the […]