This high-capacity air fryer does more than just fry 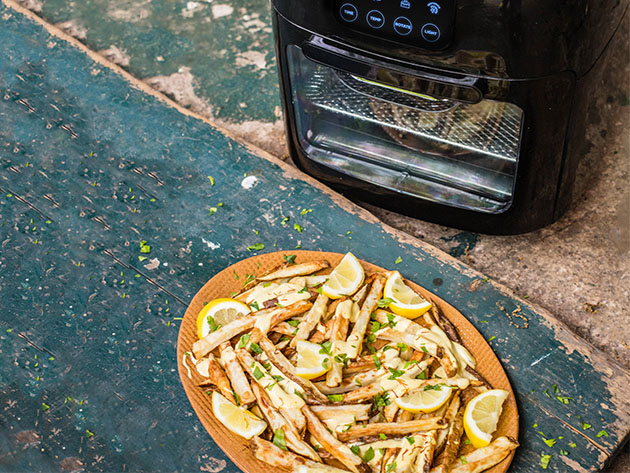 For a long time, meal prep was a binary choice: Slow and healthy in the oven, or quick and dirty in the microwave. Then people started to realize their pressure cookers actually had a lot to offer.

Now, it looks like air fryers might be getting their due. Or at least, they will be if they all start offering the functionality of a Chefman 6L Digital Multi-Functional Air Fryer.

If you've never used an air fryer, let us clear one thing up right away: This unit does a lot more than fry food. Feel like pizza? Make enough for everybody on the dual airflow racks. Chicken dinner? Do it the right way with a rotisserie function that incorporates the real-deal turning spit for an evenly roasting bird. It can bake cookies or pies, and its dehydrating function can turn fruits and veggies into a fun, long-lasting snack.

And yes, by the way, it also fries, using its well-designed convection to crisp up food with a minimum amount of oil.

What's more, it can do all this without preheating. And with a generous six-liter capacity, it might just replace both that oven and microwave as the cooker of choice.

Right now, you can pick up the Chefman for 15% off the list price.