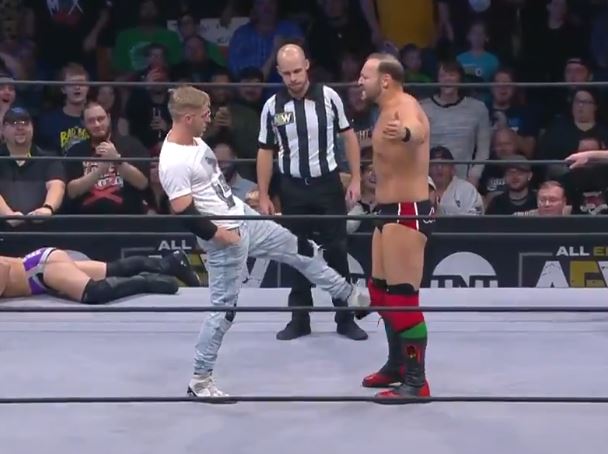 Oh it's exciting when a wrestler strikes gold with a ridiculous gimmick.  Fandango's refusal to wrestle, the taunting tranquilo pose, Damien Sandow's turn as the Miz's stunt double "Mizdow":

And although ESPN insists on covering wrestling as a sport, this is the correct take:

Right now, the best gimmick in wrestling is Orange Cassidy, a guy who mostly wrestles with his hands in his pockets, but still manages to show impressive athleticism. Listen to the crowd's enthusiasm for his antics:

This guy Orange Cassidy is the best thing going. pic.twitter.com/xRrv2bdam2

At a recent bar match, he and Priscilla Kelly dressed as one other:

I don't know how Priscilla Kelly is still standing after that one @BarWrestling #FreshlySqueezed pic.twitter.com/EgsSxne9vI

His look works for Halloween, too: