A Plethora of Super-Fun-Pak Comix, feat. Darthfield, Percival Dunwoody, and much more! 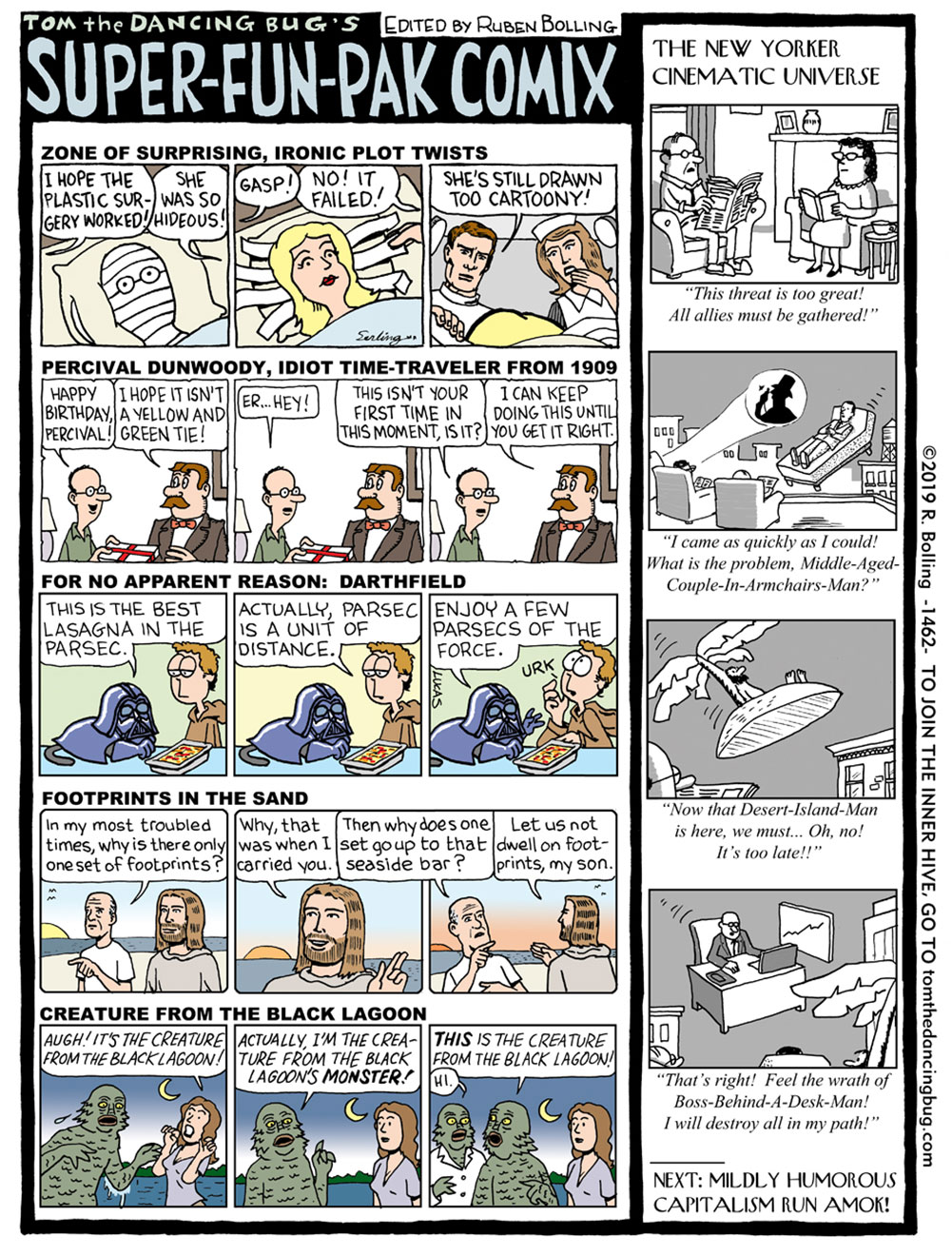 Tom the Dancing Bug, IN WHICH Super-Fun-Pak Comix features a Zone of Surprising, Ironic Plot Twists, The New Yorker Cinematic Universe, and so, so much more!

YOU'RE INVITED TO join Tom the Dancing Bug's INNER HIVE! Be the first kid on your block to see each week's comic, get extra comics, sneak peeks, insider scoops, stock tips, and lots of other stuff! JOIN TODAY!