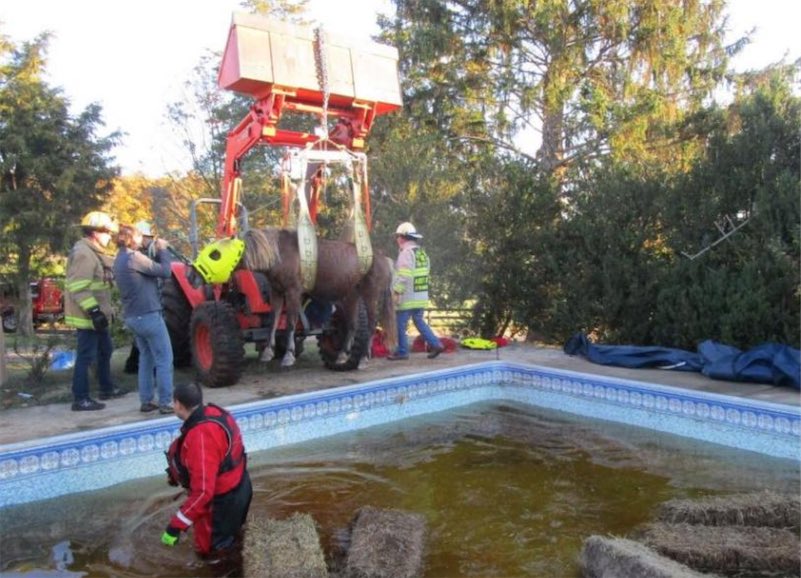 Shortly after the rescue, Annie had recovered and was happily eating breakfast.