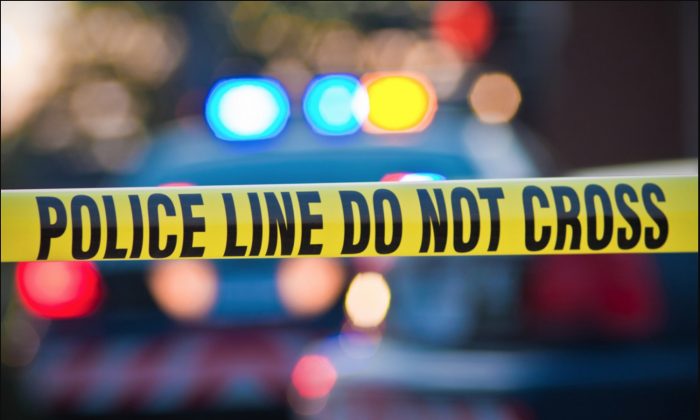 Police in Los Angeles said on Tuesday they have recovered some $800,000 worth of stolen prints by the Scottish abstract expressionist and esotericist Benjamin Creme.

The LAPD was led to this mysterious stolen art discovery by a phone call, and they ended up finding nearly 1,300 prints in a San Fernando valley home.

That caller, not identified, told LAPD the art work was found in a relative’s possessions after she died, and later the family realized the prints were listed in a database of stolen artwork.

“The family took the stuff and had it stored in their house for several years when they finally started going through it and discovered the art was stolen,” Detective Steven Franssen told the Associated Press. “They immediately packed it up and took it to the police station.”

The prints, each signed and numbered, include “Flame-Coloured Deva,” “Shakti II” and other colorful works by Creme, who in later years became better known for his belief in UFOs and predictions of a second coming of Christ and other messiahs. He died in London in 2016 at age 93.

Franssen said police returned the prints earlier this week to their incredulous owner, lithographer Michael Flaum, who made them. “He was extremely shocked when we called,” the detective said, chuckling. “He didn’t even believe it was the police department at first.”

Flaum said he discovered the theft one day in 2012 when he went to a locker where he had 2,300 prints stored. He would sell some from time to time to raise money for the artist, who in his later years was spending more time with metaphysical pursuits. When Flaum got to the locker he discovered it had been broken into and cleaned out. He said 974 prints are still missing, but he wasn’t thinking too much about that on Tuesday.

“I was just thrilled to get them back,” he said. “I’m so happy for the [Creme] family.”

Creme devoted his later life to channeling a mystical teacher being. Among the teachings, if I'm following this correctly, was that Jesus Christ was basically a space alien sent to Earth in a UFO.

Benjamin Creme also believed that crop circles are the work of UFOs and are linked to the Second Coming of The Christ, and cited as "proof" that crop circles started appearing around 1975, just as Creme started publicly teaching his woo about Maitreya, and many of them appear around London, where Maitreya allegedly now lives.