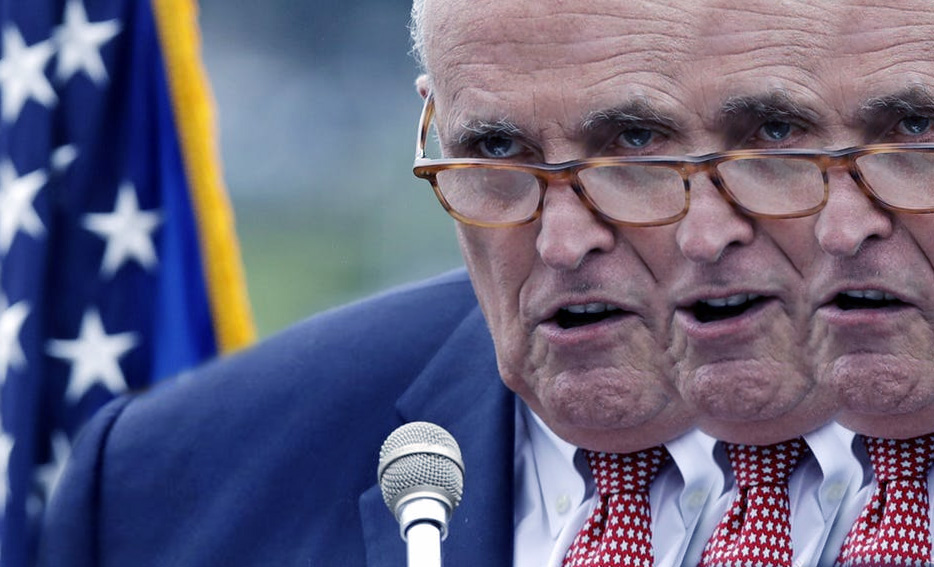 Oh, imagine the internet content glory we almost had.

We almost had to put up with even MORE of Rudy on cable news, report Lachlan Markay and Asawin Suebsaeng at The Daily Beast:

The company was called Fraud Guarantee, and it was run by Lev Parnas and David Correia, who were both arrested last month and charged with criminal violations of campaign-finance law—charges to which both have pleaded not guilty. Parnas and Correia had used Fraud Guarantee to funnel hundreds of thousands of dollars to Giuliani, with whom they worked closely as he sought to dig up dirt on former Vice President Joe Biden in Ukraine and advance their own business interests in the country.

According to two sources with knowledge of the matter, Parnas and Correia had plans to expand Giuliani’s role with the company. As of early this year, they were looking to make him into Fraud Guarantee’s spokesman and public face.

Both sources described a key part of the plan: a television infomercial featuring Giuliani extolling the virtues of Fraud Guarantee and its services. Parnas and Correia wanted the ad campaign to start airing on U.S. cable-news channels shortly after Giuliani was finished representing Trump in matters pertaining to Special Counsel Robert Mueller’s two-year investigation. The probe into Russian meddling in the 2016 election concluded earlier this year.

Giuliani knew of the plan, reports The Daily Beast, and “had multiple discussions with the two men about possibly signing on as their national pitchman,” but sources say “it’s not clear whether any footage of those planned Fraud Guarantee infomercials was ever shot, or if any deal was ultimately officially inked.”

Also completely not clear what the point was on any of this, since they had no known customers. Wonder who they really served?