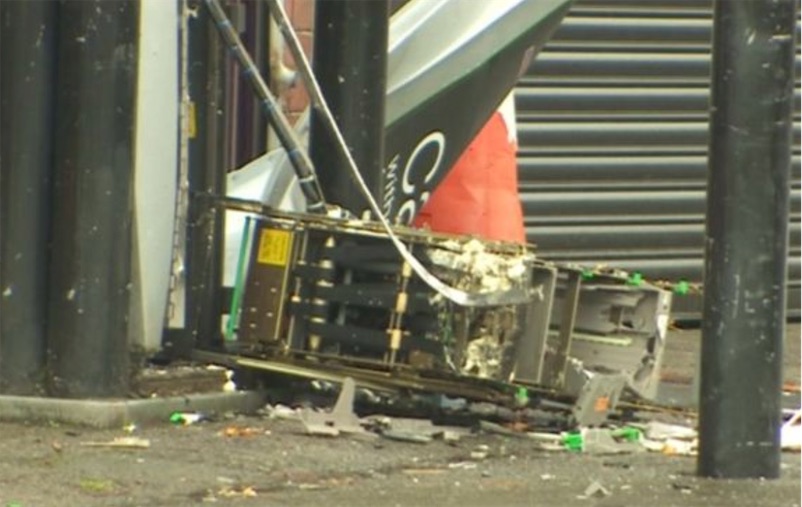 Using Jaws of Life to rob an ATM is just so fussy. Around 3:30am this morning, a thief blew up a cash machine outside a Premier convenience store in Nottinghamshire, England. According to one witness, after the huge explosion "there was cash everywhere."

The BBC News quotes another witness who said the perp "'stuffed around half of the cash into his hoodie' and quickly drove off when he noticed people were watching."