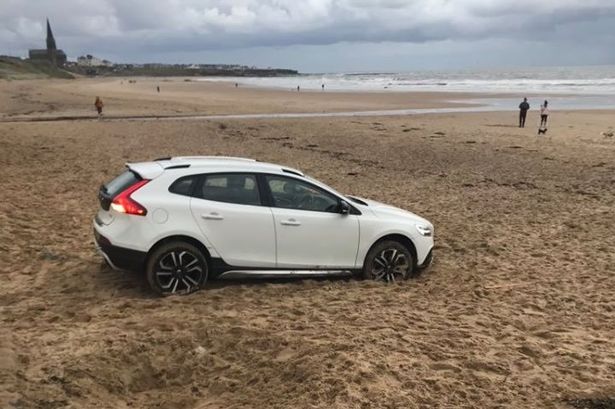 His first mistake was driving his front-wheel-drive compact onto the loose sands of Tynemouth, England. His second mistake was calling the police instead of a tow truck.

"At about 7am this morning we received a call from a man who had been fishing on Tynemouth Longsands. He reported that he had got his car stuck in the sand after driving it on to the beach. Emergency services attended and the car was brought to safety ... The 32-year-old man who made the call has also been reported to court for the offences of driving with no insurance and driving without a licence."