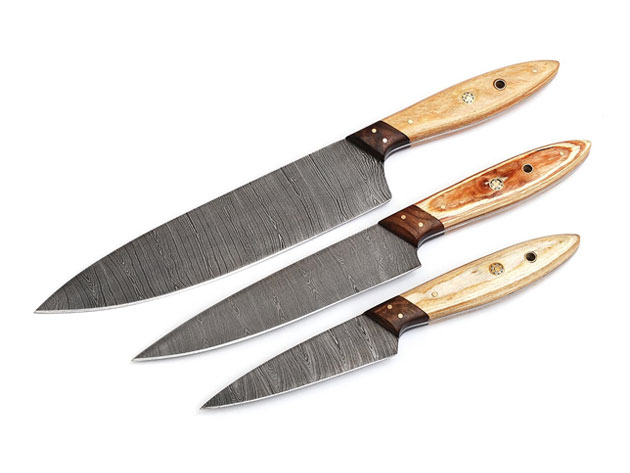 The reputation of Damascus steel goes back as far as the 3rd century, to ancient Syria. Without getting into the nerdier aspects of metallurgy, there's a good reason it was highly prized by the weaponsmiths of old.

These days, you can still get a taste of its distinctive look in this Hand-Forged Damascus Steel Chef Knife Set.

That telltale wavy pattern isn't just for show, either. It's the result of layering high-carbon steel over lower-carbon steel as much as 200 times. The result is a blade with a hardness rating of 55 HRC, suitable for display in any serious chef's kitchen.

This particular set of three knives comes with pakka wood handles that only increase its pedigree as an heirloom. This kind of performance requires a little extra TLC, and a wipe with vegetable oil will keep it rust-free. But with proper care, it'll be in your kitchen for many expertly-cut meals.

You can now get the full set of three for more than 20% off the retail cost - just in time for Thanksgiving.