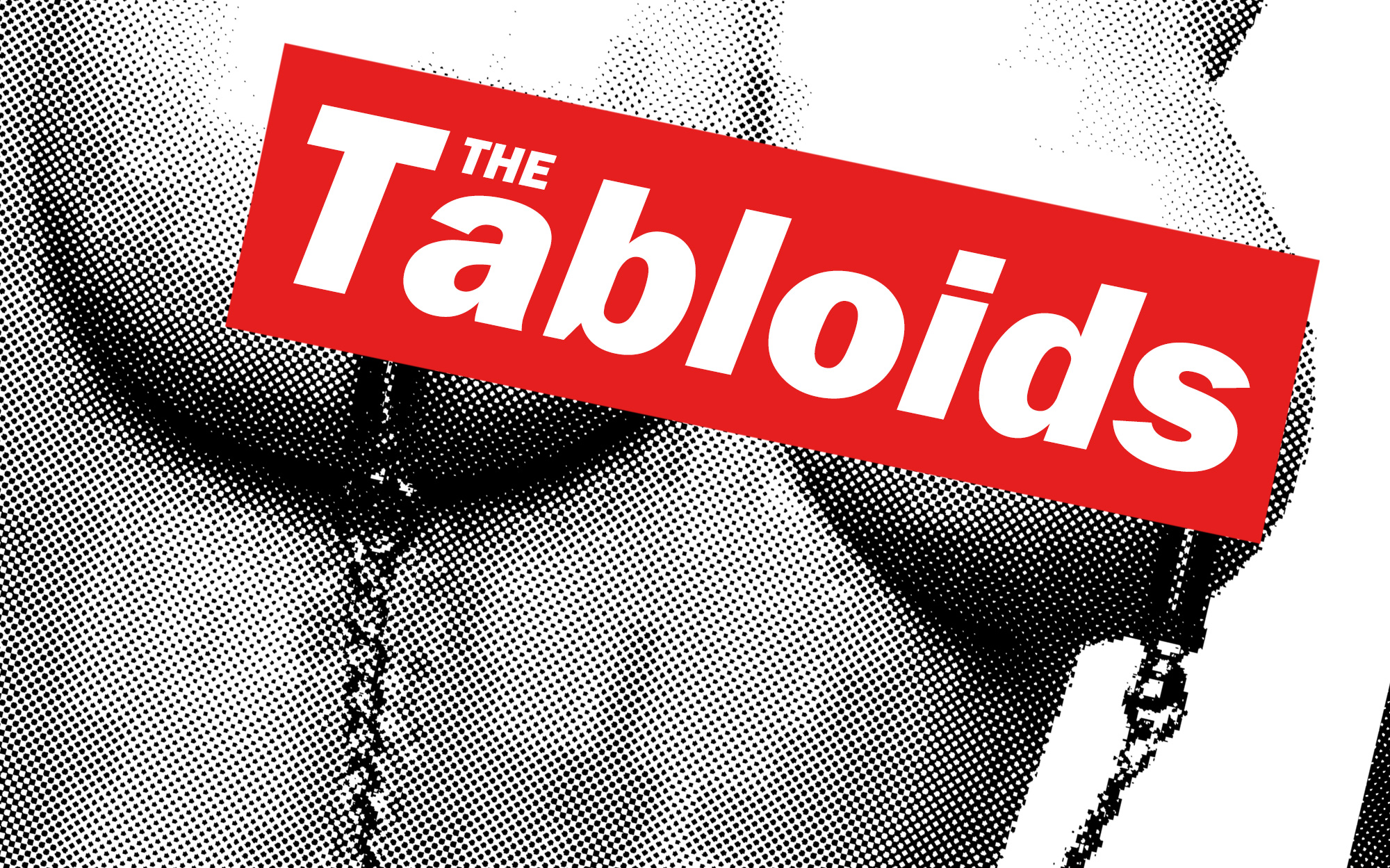 Brad Pitt and Angelina Jolie’s divorce is the subject of a ‘National Enquirer’ exclusive under the headline: “Brad Trapped in Sex Tape Nightmare!”

Now the ‘Enquirer’ claims that Pitt is “terrified” that his career “could take a big hit if the X-rated videos emerge.”

Even if such video exists, which is highly questionable, who would make the footage public? Jolie?

There’s an underlying assumption that Pitt is a victim of Jolie’s libidinous lust, as if women should not be sexual creatures, and if they are sexualized then they must be predatory black widows devouring their men.

Osbourne claimed in a recent radio interview to have squeezed Camilla’s breasts in play, explaining: “I gave her titties a good old feel. She is fabulous.”

It’s all fun and games as far as Osbourne and the ‘Enquirer’ are concerned - but when did it become acceptable to lay hands on a woman’s body without consent? Is it really a laugh because it was a woman placing her hands on the Royal mammaries? How does this story look if you substitute the name “Osbourne” with Trump, or Cosby, or Weinstein?

‘Us’ magazine brings us more of the same with its cover story on singers Gwen Stefani and Blake Shelton: “Gwen’s Private Pain - Why Blake Won’t Propose.”

The story is predicated on Stefani’s heartbreak that after four years dating the country singer, he has yet to put a ring on her finger.

But when you read the story inside the mag you realize that Shelton is ready and willing to tie the knot at the drop of his cowboy hat, and the only reason the couple have not yet walked down the aisle is because Stefani wants to wed in a Catholic church and is awaiting an official annulment of her first marriage to rocker Gavin Rossdale.

This week’s tabloids also demonstrate their writers’ sad insistence on reimagining every conversation between celebrities or British royalty as if penned by the half-witted rejects from daytime TV soap opera writers’ rooms.

In a reverse Darth Vader, Prince Charles has allegedly told Prince Harry: "I Am NOT Your Dad!” according to the ‘Globe’ cover story, which claims a “DNA Test Bombshell.”

Here’s what a purported “palace insider” insists that Charles told the man who assumed he was his son: “I am not your biological father. After your brother William’s birth, your mother and I grew apart. Diana betrayed me and conceived you during a secret affair with another man!”

Who speaks like this? It’s bad scriptwriting 101. Would Charles really need to remind Harry that William is his brother? It’s the sort of exposition we expect from ‘Days of Our Lives,’ when the audience needs reminding who Harry’s brother was before he robbed a bank, fled the country, was presumed killed in a plane crash and spent the past ten years in a coma.

In a fascinating insight into Royal protocol, the palace insider reveals that: “If Charles makes his confession public, Harry would no longer be a prince” and could be stripped of his titles and allowance.
Is that how it works? Not really.

Maybe the ‘Globe’ reporters should read the ‘Enquirer,’ which last week told the world that Harry had already been stripped of his titles, his Frogmore Cottage home, and all financial support. Or maybe ‘Globe’ reporters know that they can’t believe everything they read in the tabloids.

Royal insider appear to have been reading ‘Us’ magazine, however - or maybe it’s the reporters coming up with their quotes who are reading the glossy rag? - as a “high-level palace source” allegedly tells the ‘Enquirer’ that Prince Harry is in for a “Rude Awakening!” if he and wife Duchess Meghan move to California, as has been widely speculated.

Stars are just like us, ‘Us’ magazine tells us each week, and the high-level palace insider seems to be dedicated to this conceit, warning Harry that in California he will be treated like everyone else: “Celebrities are seen buying their own groceries, picking up coffee - and making small talk with fans . . . Frankly, Harry’s dream of a normal life looks like a nightmare in the making.” It’s the sort of quote you might expect from someone who has lived in Los Angeles for years, rather than a factotum ensconced in the ivory towers of Britain’s Royal palaces.

Even stripped of his Royal titles and fortune, it’s hard to imagine Prince Harry not being given the red carpet treatment wherever he might go in Hollywood, with a TV chat show or film production deal or charitable foundation chiefdom his for the asking.

Facts are treated with the usual Trumpian disregard in the ‘Enquirer,’ which reports: “Scientology buys Florida city for cash! $1.1 billion plot to create private Vatican.”

The self-professed church has allegedly purchased 185 properties in Clearwater, Florida. That’s a big holding, to be sure, but it hardly qualifies as buying an entire city, especially when you consider that Clearwater has a population of 115,513. The Vatican City, by contrast, has a population of around 1,000 (plus around five million visitors each year.) If Scientology really wants to buy a city, perhaps they might consider buying the Vatican instead.

The ‘Enquirer’ claims that the church plans to make Clearwater “the sci-fi religion’s version of the Vatican and crown its second in command, Tom Cruise, mayor.” Right, because Cruise has nothing better to do than manage town hall meetings, apologize to constituents about potholes, and cut the ribbon at local supermarket openings.
‘People’ magazine devotes its cover to the ‘Fixer Upper’ stars Chip and Joanna Gaines, under the headline: “We’re Better Together.” Ain’t that sweet. Could. Not. Care. Less.

Fortunately we have the crack investigative team at ‘Us’ mag to tell us that Emily Ratajkowski wore it best (Lake Bell never stood a chance), that actress Maura Tierney “can salsa dance on stilts,” that TV’s ‘The View’ co-host Sunny Hostin carries two mobile phones, dental floss and a Panama hat in her Zagliani python purse, and that the stars are just like us: they go to hockey games, explore Central Park, buy toys, eat on the go, decorate their homes and do their own makeup. Whew! Those stars must be exhausted.