The Notorious B.I.G. as MODOK sculpture 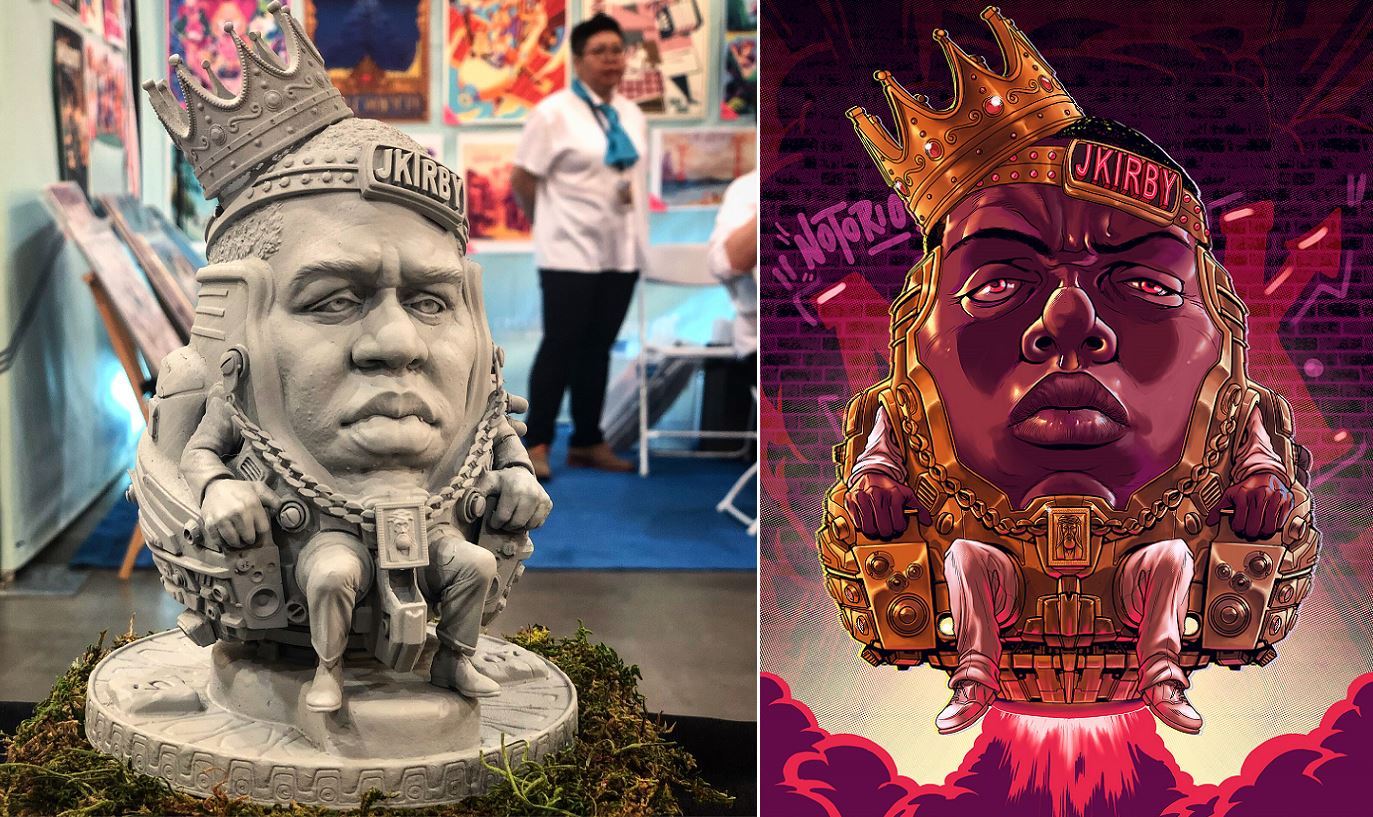 Inspired by an illustration of the Notorious B.I.G. by Adam Rosenlund:

He has since made it available in a gray version:

Taking pre-orders for the grey NOTORIOUS M.O.D.O.K. ! $75.00 per unit! If you’re interested, message me at Raphaelp3d@gmail.com . The gold chrome is still $250.00 per unit, but now we got options baybeeee! Let me know which one you want in the email 🤙🏾 . . . #raph3d #sculpture #collectibles #biggie #lightboxexpo #statues #marvel #hiphop #3d #instaart #modok #3dprinting #sla #fineart #marvelcomics #zbrush #digitalart #3dmodeling #sculptor

And now he is working on Jay-Z as Galactus: