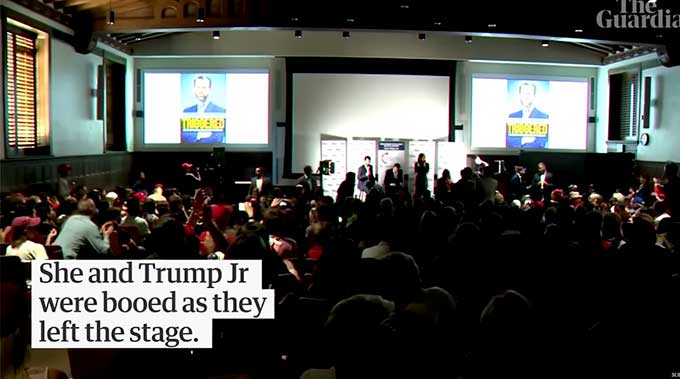 Self-made entrepreneur and noted thought-leader Donald Trump Jr. disappointed fans at his UCLA book-signing event when he refused to answer questions from the audience. The event, organized by a conservative student organization called Turning Point USA, was meant to last two hours, but the young philanthropic genius left the stage after 20 minutes when it became clear that his girlfriend's angry scolding of the audience wasn't going to pacify them.

I know the Trumps and their cronies are all a bunch of asshole con artists. I know they get off on saying egregious things for the lulz, as long as they can still turn a profit. I know that they have mastered the art of playing the victim card in order to turn said profits, deliberately […]