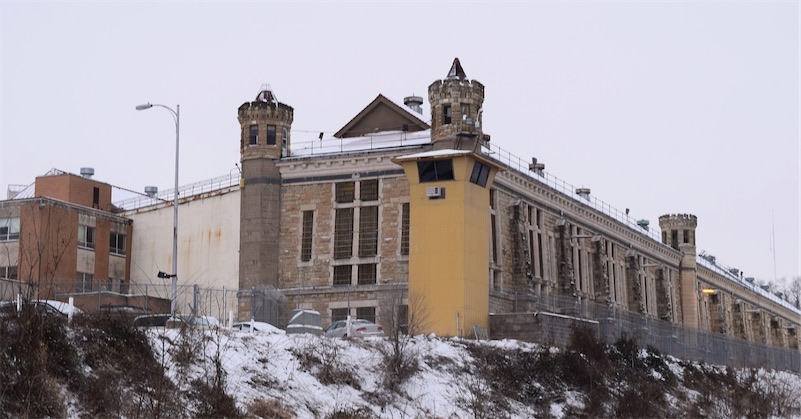 In 1996, Benjamin Schreiber, 66, was sentenced to life in prison for killing a man with an axe handle. A few years later in the Iowa State Penitentiary, Schreiber suffered from septic poisoning, briefly died, and was resuscitated. So he argued to an Iowa appeals court that he has served his sentence and should be set free. The court ruled with what might be called the "Schrödinger's convict" respsonse. From the New York Times:

“Schreiber is either still alive, in which case he must remain in prison, or he is actually dead, in which case this appeal is moot,” Judge Amanda Potterfield wrote for the court....

Judge Potterfield wrote in the ruling this week that because “life” is not defined by the state’s code, the judges had given the term “its plain meaning,” which they took to prescribe that Mr. Schreiber must spend the rest of his natural life incarcerated, regardless of whether he had been revived. “We do not find his argument persuasive,” Judge Potterfield wrote, adding that the judges found it unlikely the Legislature would have wanted “to set criminal defendants free whenever medical procedures during their incarceration lead to their resuscitation by medical professionals.”

On Monday, Nevada Highway Patrol Trooper Travis Smaka pulled over a minivan in the high-occupancy vehicle (HOV) lane because nobody else was visible inside except for the driver. Turns out, the driver works for a funeral home and was transporting a body. From the Reno Gazette Journal: “He immediately tells me he’s got the remains […]

California’s 3rd District Court of Appeal ruled that inmates can have a small supply of marijuana behind bars but “smoking or ingesting cannabis in prison remains a felony.” The ruling overturned convictions of five inmates busted for possessing marijuana in prison. From KTLA: “The voters (who in 2016 passed Proposition 64 legalizing marijuana) made quite […]