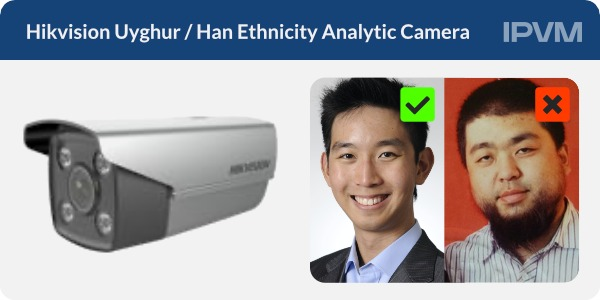 Here's an ad from Hikvision, the worlds' largest security camera company, boasting of its products' utility in detecting people's ethnicity. James Vincent writes that it "speaks volumes about the brutal simplicity of the techno-surveillance state." [via @CharlesRollet1, who points to an archived webpage that details the "Uyghur detection" feature]