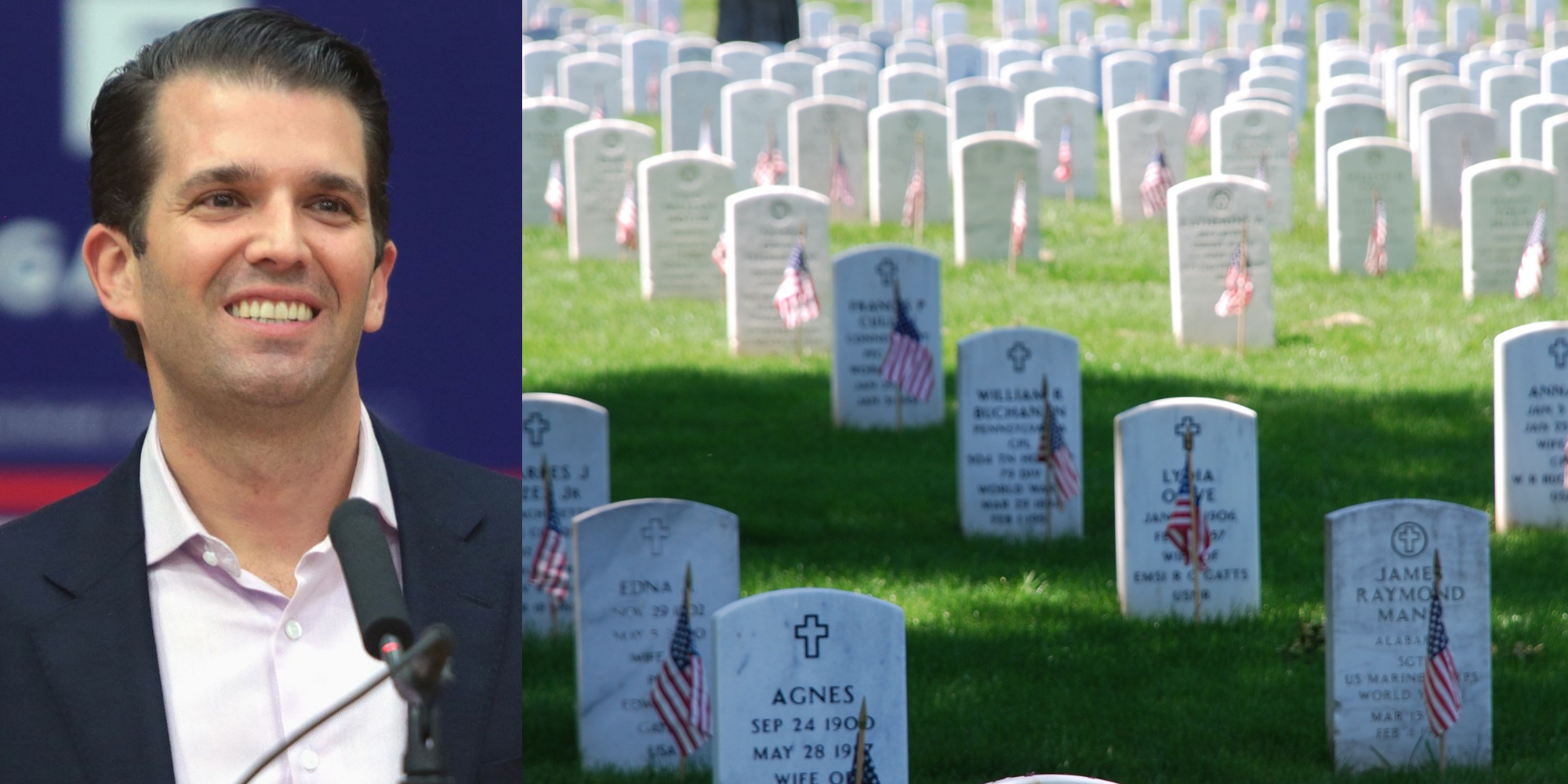 He goes on to say: "Frankly, it was a big sacrifice, costing us millions and millions of dollars annually ... Of course, we didn't get any credit whatsoever from the mainstream media, which now does not surprise me at all."

I know that a large swath of Trump's base gets off on pandering military hero worship. But that is, frankly, a revolting comparison for Junior to make—especially when you consider that the Trump family didn't actually sacrifice any income or international business deals. So he's comparing his monetary sacrifice to dying in armed combat and didn't even lose any money.

Also: can we just acknowledge how fucked up it is that the President of the United States' son published a book with a title that says, "The majority of the people in the country that my father runs are objectively evil?" And yet I'm sure my dad's dumb golf buddies will still get off on their meaningless platitudes of "Well we just need to come together as a country!" and then still vote for Trump again.

Donald Trump Jr.'s new book is a lengthy rant about how his family has been victimized by Trump's presidency [John Haltiwanger/Business Insider]

Mark Corbett has settled with the Consumer Financial Protection Bureau -- founded by Elizabeth Warren and then gutted by Trump appointee and awful person Mick Mulvaney, now the White House Chief of Staff -- over the complaints that he ran an illegal loan-sharking operation that swindled veterans out of their pensions for a decade. He […]

Everyone raised in my hometown learned to recite In Flanders Fields in school. Every year, as November 11th, Remembrance Day, drew near, we were taught about the First World War. We made poppies. We prepared for a concert to honor our veterans. Elderly men with often vacant, watery eyes would visit our classrooms and talk […]

At 111 years old (the video is a few years old,) Richard Overton is the oldest living World War II veteran. He still drinks whiskey, smoke stogies and has lived in the same house, which he bought after coming home from war, since 1945. In this short film, Overton talks about his long life and […]